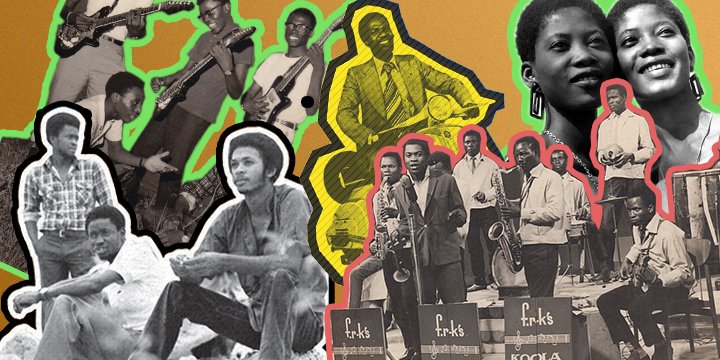 Nigerian pop: A side effect of Western capitalist ideals

There are no real ways to gauge how much traditional African music has influenced contemporary pop music. Pop, Rock, Hip-Hop, Country and Blues all have African routes, with music historians tracing many of these music forms across the Atlantic to countries in West and Southern Africa. To understand how colonialism and its attendant capitalism would transform Nigerian music requires an understanding of music before it was possible to commercialize and mass produce talent.

Music is an integral part of cultural life in Africa. In countries like Mali and Senegal, Chad and Niger, music and poetry served as the primary method of documenting and preserving history. A special social caste called the Griots served as generational historians, the families in this caste assigned with the task of learning, memorizing and upholding these oral histories and given pride of place in their communities.

In Nigeria, music served a similar function, with cultures like the Yoruba and the Bini preserving oral histories of individuals through complex poetic songs called ‘Oriki’. Oriki’s are either created by an individual’s mother or family matriarch and in richer families learned by the family’s informal biographer. Other designated court musicians include the ‘Alaga’, a specific subculture of praise singers and documentarians comprised almost entirely of women and restricted to important family functions like traditional wedding engagements, funerals and births.  The practice of Oriki and its variants endures to today, largely untouched by Western influence. But not all of the traditional Nigerian music has been so insulated.

Before the industrial revolution would democratise music education and commercialise the process of creating and distributing music, musicians were considered as an elite group of professionals whose work was largely ‘artisanal’.  Artisanal crafts required decades of practice to master and often age restrictions were placed on apprentices before they were allowed to formally practice the profession. Artisanal crafts required long apprenticeships, periods during which it was near impossible to engage in the traditional labour that ensured individuals and their families had their basic needs met. A direct consequence of this was that music was often a family profession, with skills and trade secrets passed down from parent to child, and closely guarded from competing families.

It also meant that musical families, like other artisanal families, depended on a complex patronage system to free them to pursue excellence in their craft. Musical families were either permanently affiliated to a wealthy patron like the Yoruba royal families, or swore fealty to a religious deity whose worshippers were then obligated to ensure that the musicians were cared for (Lindon, 1990). Other forms of professional musicianship included traveling musicians who worked traditional jobs but also had seasonal periods predicated by a commission based system where they performed during major festivals like the New Yam Festival or during the precolonial wrestling matches that were legendary in Eastern Nigeria.

Some music was purely class-driven and was taught to adherents through secret societies like the Ogboni Cult of Western Nigeria and Nze Na Ozo of Southern Nigeria.

Traditional instruments like the Ngene, the Gangan (talking drum), the gourd rattle, and the Kalangu (Hausa variant of the talking drum), and the Kontigi (a string lute popularized by Nigerian griot Dan Maraya Jos) were hallmarks of this form of music and required mastery before a musician could distinguish themselves. The instrument became as much a part of the brands of these popular pre-colonial musicians as their music, and their trademarks became their extensive instrumental solos.

The patronage system of music meant mastery of the instrumental and vocal style and encyclopaedic recollection of the histories of the patrons was prioritized over having a large catalog of music. Music was also performed at the behest of the patrons, and the musicians themselves had little control over their own intellectual property. Patrons also often sponsored the purchase of expensive musical equipment (a problem that would become very prominent in the ’70s at the height of the Afro Rock revolution) and retained ownership of the equipment, limiting the ability of musicians under their patronage to make truly expansive music.

The introduction of external influence on Nigerian music began long before the British invasion and what we term as ‘colonialism’. The first invasions happened in Northern Nigeria during the religious Jihad of Uthman Dan Fodio in the early 1800’s. Motivated by political and religious reasons, the Jihad saw Fulani clerics and their mercenary armies take over most of Northern Nigeria and establish the Sokoto Caliphate, ruled under strict Islamic law. Islam forbids debauchery and ritual celebrations involving music and as such much of the cultural musical celebrations that existed before the Jihad were either suppressed or completely eradicated, with the new Muslim elite preaching religious piety and the embrace of the Qu’ran as the only acceptable public demonstrations of personal expressions.

The vibrant music and culture that had characterized the Hausa dominated North were suppressed by the colonization efforts undergone by Dan Fodio and Islamic learning replaced the celebration of the indigenous cultures. This suppression would eventually lead to the erasure of much of the Indigenous music and culture in Northern Nigeria. Though the jihadists were thorough, even they were unable to reach all the indigenous ethnic groups. The Nupe and Kanuri preserved their indigenous cultural rituals and music stylings to this day, as did the Gbagyi and Anka communities of Kaduna and Bauchi.

Others were adopted into the version of Islam that was practised in the new Sokoto Caliphate, like the praise singing griots who were an import from the predominantly Muslim Malian empire and sang for patronage from the political courts. There were also religious offshoots that were impossible to eradicate, like the Dan Daudu communities, which comprises of trans and non-binary individuals who identify as adherents of Bori, the syncretized worship of a gambling trickster god that has been subsumed into Islam. Bori culture closely mirrors modern Pentecostalism for its use of high octane music as a vehicle for inciting religious fervour, its practice of exorcisms and its belief in the power of spirits to possess individuals. These pockets of culture bridged the chasm between our existing musical heritage and the deluge of Western influence that would follow.

The Islamic Jihad and the eventual Christian invasion, first by missionaries and then by capitalists were successful because both were able to champion a widespread adoption of religious iconography. And the most prominent aspects of Islamic and Christian religious imagery were its ‘hymnodies’. While Qu’ranic recitations stayed largely true to the source material and only allowed adaptations of the musical scale and melodic choices, early Christian hymns either translated existing European music into local languages or created new hymns to reflect the unique cultural references of the cultures these religions were introduced to. Variants of these hymns exist today. Religious hymns provided the perfect melting pot for indigenous cultures to engage and incorporate Western musical influences into their existing framework, and would provide the foundational material for the popular and secular music that would follow.

Through the practice of hymnodies, missionaries and their new converts are able to study the unique music systems on each side of the divide and create a hybrid that used contemporary instruments but preserved the musical structures of the existing systems.  The musical genre High-Life is a stellar example of how the electric and lead guitars and the stationary drumset can integrate into and transform traditional musical forms.

Many factors would create a market for popular music. There was, of course, the agitations for national sovereignty, a movement that was driven by activists, politicians, and musicians. Codifying activism into music was an easy way to reach mass audiences and considering Nigeria’s long-held practice of oral histories, it wasn’t a stretch for musicians to immortalize themselves in this way and for politicians to create solidarity through ditties and jingles.

Then there was the first and second generation of new Nigerian elites. Educated in Europe and the Americas, many chosen at random by the Western missionaries and administrators for their intelligence or curiosity, the return of these elites upended much of the existing social strata and created a new class of repartees not content with their former status and not accepted by the existing elite. They were eager to find spaces that allowed them to socialize without expectations but incorporated the high energy dance and music that was beginning to spread across Europe and America. This new class created the demand for secular entertainment venues. Music clubs, lounges, and bars would serve as performances spaces for many former church musicians looking for commercially viable avenues for self-expression and for many talented musicians hamstrung by the politics of traditional music hierarchies. The religious to secular music pipeline exists till today, largely unchanged except for the musical genres in demand.

The events leading to independence and the Independence itself would create a very specific environment for an explosion of Nigerian popular music and define many of the contemporary genres of music Nigeria would produce in the next two decades.