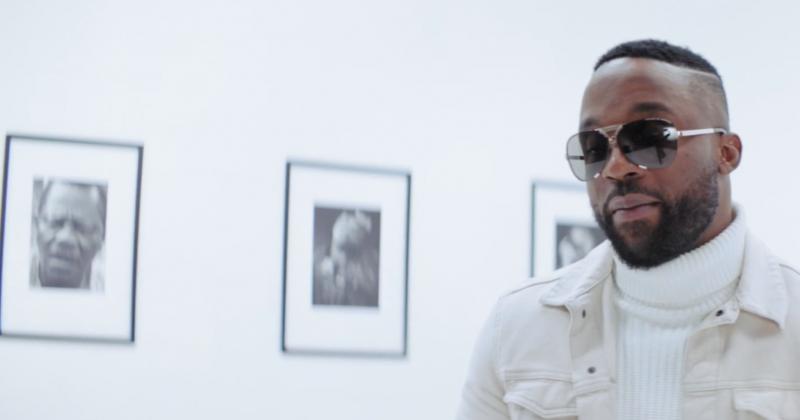 Iyanya has been on a steady row releasing videos off his Signature EP released in April. The last time Iyanya released a video for a track off his EP was for “Bow for You” on the 8th of this month. More noteworthy however, is the last time Iyanya saw his mum, 7 years ago. He partly dedicates his song “Not Forgotten” to her, his personal heroine and to all the fallen heroes of our time. For this, Iyanya teams up with Director Ogo Okpue who has been directing his other videos as well, and it now feels like a long-term partnership. And a good one at that, as each video constantly delivers, falling creatively far-away from the previous. For “Not Forgotten”, they create an ideal scene to capture the sombreness of the track, with an ethereal scenery that’s framed with picture frames of popular late Nigerian media industry stars —both the movie and music sector.

Not Forgotten Music Video Out Now‼️Shout Out to the Boss @idiriza "Baba ooooooo" for encouraging me to get vulnerable with this project. 🙏🏻🙏🏻🙏🏻 @ladipoe we made a Movie‼️ #Mavin #TMC

“Not Forgotten” is reflective and it’s the sort of song artists spend years trying to write —pained and poised— tapping into a vein that’s definitely there but difficult to find and pierce. As Ladipoe aptly puts it “he was scared to jump on this song cause I thought I didn’t have the words, when you speak about the pain is when you realise how much it hurts”. It’s a stretch of introspective thinking and this video captures the depth with which people will feel the song, remembering those that Iyanya and Ogo prompt us to with texts that reads Fela Anikulapo Kuti, pictures of late Eagles coach Stephen Keshi, artists Dagrin, Nomoreloss, OJB Jezreel, famed Nollywood Producer Amaka Igwe and Veteran actors Ma Bimbo Ajayi and Justus Esiri who all told the story of a generation, and indeed, “Not Forgotten” summons up our own loved ones too.

The song shows its full, swollen-hearted height when Iyanya recalls a conversation in 2010, touching a picture of his mum on the wall while a heart to heart conversation of an acting young Iyanya and his mum are shown.

Watch the video for Iyanya’s “Not Forgotten” featuring his fellow label mate, Poe below.

ICYMI: HERE ARE ALL THE ESSENTIALS FROM IYANYA’S ‘SIGNATURE’ EP