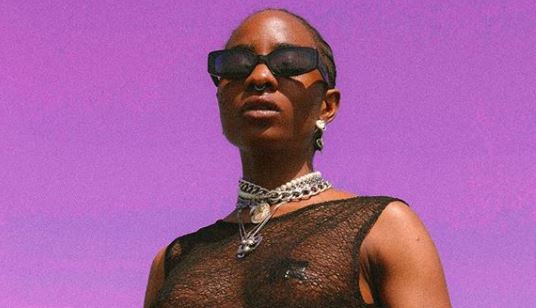 You don’t need another reminder of how awful 2020 has been, you already know. If you’re reading this, chances are, you’ve tried to use music for escape, activism or a combination of both. While some artists have reasonably decided to delay their music releases, Wavy The Creator is gearing to release new music to inspire and uplift listeners in these bleak times.

Regardless of this, however, she understands the need to take some time off, as she too has been off the grid for the past couple of months. She took a break from social media and other responsibilities of life to focus on creating and gaining a new self. She did this because it was very important to her that she could grow mentally, spiritually, physically and emotionally to gear up for the next chapter and now she’s finally ready.

As part of the generation who witnessed hip-hop become popular, Wavy’s latest single, “Gender Bender” honours her wide musical taste as she finds a way to cram all the sounds that personally move her—pop, afropop, hip-hop—into the song. Saying, “I be talking all my shit/ You can call it pride”, “Genre Bender” finds Wavy being her most assertive and confident self as she raps and sings over the ambient hip-hop beat produced by Kuvie. As a Nigerian, she has been questioned for her gender-fluid style and wardrobe choice over the course of her career and she channels the song’s confidence to finally address people who feel entitled to decide how she should dress; “Everybody trying to figure out my gender/ Everbody speaking on my name/ I’m tired”. Speaking to us about the song, she had this to say;

“Genre Bender” is a  genre-bender and it was a very experimental song. I hardly talk my shit, and I really just wanted to talk my shit and for the first time put all my feelings on a song. It’s basically expressing everything that I have been through at some point in my life, especially the last couple of years. There’s a line in the song that goes “Speaking on my name that’s drama, Wavy this I’m tired” and it’s just about people always having one thing or the other to say but never actually speaking to you about it.

Taking time from the world has reminded Wavy of her true creative ability, she tells us: “I began to utilise my time very well, going deep into myself to find things that could inspire me to create this new world I wanted for myself and my lovely family (my fans).” She then went on to explain what that means for her music going forward.

“I am working on so much, it;s beautiful. I have always referred to my sound as ever-evolving, it it has never remained the same since I recorded my first record, “Stay” and then transitioning to the first song I ever released, “H.I.G.H”. I have always made music based on where I was at in my life and how I feel.

I think what I am moving into is a higher level of writing. My pen game finna get stupid good! I think I’ve allowed myself tap into something I never knew was there. Like opening Pandora’s box. The next chapter is truly beautiful. This new level represents everything that’s me in the now.

The new single, which we only have for a few hours signals that Wavy’s hiatus is over, however, she seems to have picked up a few skills that she still carries with her. She told us that the first thing she learnt when she was away was that everything she needed to create art was already inside of her.

“The experiences, the stories, the ups and downs. I learned I didn’t need any external things to bring out the artist in me. I also learned to take my time with anything I was creating. Art is not supposed to be rushed, art is felt and should be done expressed as it is felt. Art and overthinking do not blend well.

Art is staying true to yourself, be inspired but don’t copy. Mastering my spirituality, emotions, and physical self only opened more creative windows in my brain. My art now is raw and it’s the truth – not that it wasn’t before, but now it is actually a true extension of my being.”

Wavy the Creator is celebrating her birthday today and her new single, “Gender Bender” is her birthday gift to fans. Sadly, the song will only be available for a few hours while she celebrates her birthday, by introducing her fans to her new world, new sound, new planet and new Wavy. In light of this, these are her final words to fans:

“Stillness, peace & patience will yield the best result. Thank you for waiting even in my absence, soon we all fly in my spaceship to the next chapter. I love you.”

Stream “Gender Bender” below before it’s not available any longer.

ICYMI: Watch the video for Wavy the Creator’s “Body Deep”

Next Article Justice For Tina: Teenager shot and killed by Nigerian Police