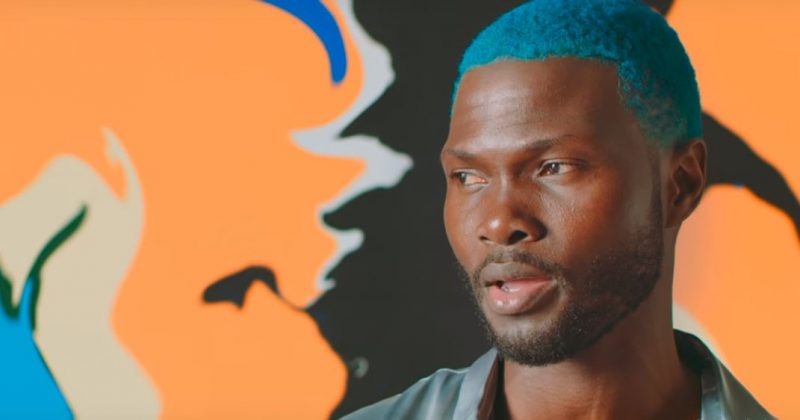 Though YouTube’s displacement of MTV as the primary circulator of music videos has discouraged big-budget music videos, WurlD continues to go the extra mile with epic visual offerings from his growing discography. The electronic fusionist just shared the music video for “Paranoid”, off his recently released ‘Love is Contagious’ EP and it’s a fitting surreal depiction of lovers battling their insecurities to find peace in their relationship.

Directed by Samuel J. Roberts, the video for “Paranoid” is a 4-minute long clip that plays out like a short film with the brief breaks between the song. Though there seems to be a plot following WurlD and a love interest as he performs, using her as his muse, it’s hard to decipher what’s actually going on. Wurld and his muse have a faraway expression like they are deep in thoughts, and the video transports them from the sunlit room with a moving abstract art painting to a cave by the ocean where they are locked in embrace. The closing scene where WurlD appears shirtless in a blue framed shot hints at his embrace of vulnerablity, but it hardly matters what it means. The video is beautifully shot with a mood that matches the intensity of the song.

Watch the music video for “Paranoid” below.