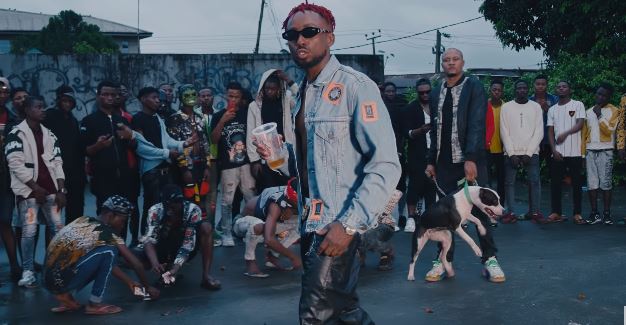 In October, Nigerian rapper Erigga released his latest album, ‘The Erigma II’, to widespread acclaim from older listeners and Nigerian rapheads in general. Across its sprawling 17-tracks, the southside rapper draws on past influences for songs focused on storytelling, while also putting his trademark penmanship to work.

In an effort to promote the album in time for Christmas, Erigga has just dropped a befitting music video for the intro track, “Welcome to Warri”. In the ominous video, Erigga is captured in an inner city environment alongside goons, conveying the severity of his grimy set where he recaps a bunch of past traumatic events in vivid detail. Erigga also flexes his hood credential, with a pivotal scene that shows him signing a physical copy of his album for two confrontational rivals.

ICYMI: VICTOR AD AND ERIGGA AREN’T IMPRESSED WITH THE NIGERIAN GOVERNMENT ON NEW SINGLE, “WHY”

Next Article M.anifest and Burna Boy are on baecation in the video for “Tomorrow”