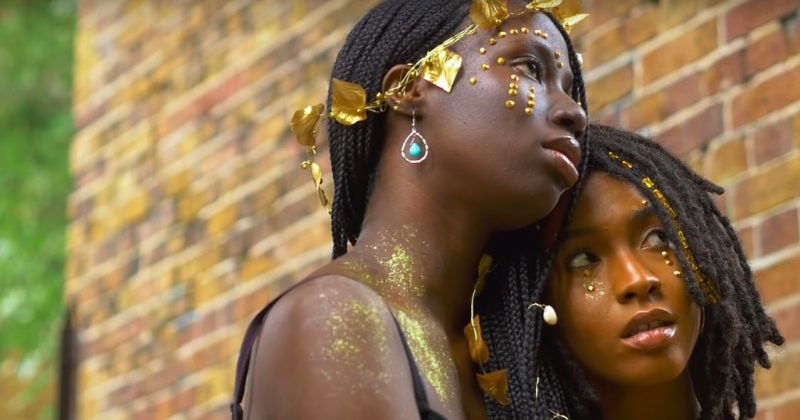 Davina Oriakhi has released a quirky-bewitching music video for “Juju”, honoring the track off her debut album, ‘Love to a Mortal’. Released back in 2017, the song’s mystical sound stood out through the minimal instrumentation (guitar, synth and her chanting vocals). And though the lush and diffuse atmosphere she creates on “Juju” was already enchanting, the recently released music video adds a cinematic edge to it.

Samara Addai directs the music video, opening with cuts of Davina getting baptized before we follow her out into a park where she performs a mesmerize choreographed dance with a dance partner. As the song builds cautiously into her confessional hook, “This one Pass Juju”, the video portrays her mysticism through a ritual for her divine soul.

You can watch the music video for Davina Oriakhi’s “Juju” below.

ICYMI: Check out all the essentials from Davina’s ‘Love to a Mortal’ debut

Next Article Nigeria Decides 2019: The face of election season Nigerian music is changing for the better