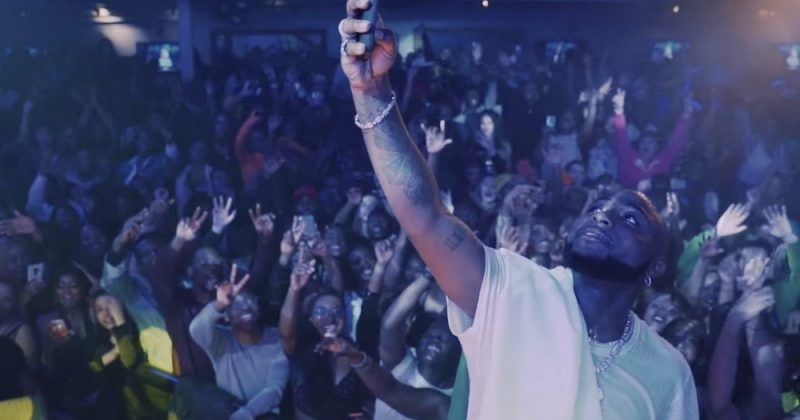 Watch Davido and the DMW crew in the video for “Intro”

Before the end of 2019, DMW boss, Davido released his long-awaited sophomore album ‘A Good Time’, his most expressive body of work till date. Since then, he’s been releasing videos for songs off the project from the Summer Walker-assisted “D&G” to the project’s undeniable standout, “Sweet in the Middle” featuring Zlatan, WurlD and Naira Marley.

The latest song he’s now made a single is the project’s “Intro”, which sees Davido offering emotive reflections of his journey so far. The new video is a family affair, with varying clips of the whole DMW clan, as well as shots of Davido’s family showering him with prayers for protection against naysayers inserted into the mix.

Since the ‘rona became a global pandemic, there has been a shutdown of large events and festivals that could be harmful for attendees, and most artists all over the world are suffering drawbacks from this. Just before the pandemic, Davido had to cancel the rest of the North American leg of his tour and in the video directed by Brendo Kareem and his creative director, Tycoon, we get to see collated clips of the cities and shows Davido and the gang were able to get to before the pandemic.

Watch the video for “Intro” below.

ICYMI: Oxlade and Davido join Skip Marley and H.E.R for P2J-produced “Slow Down”

0000
Previous Article Mr Eazi debuts first single off upcoming emPawa project, “I No Go Give Up On You”