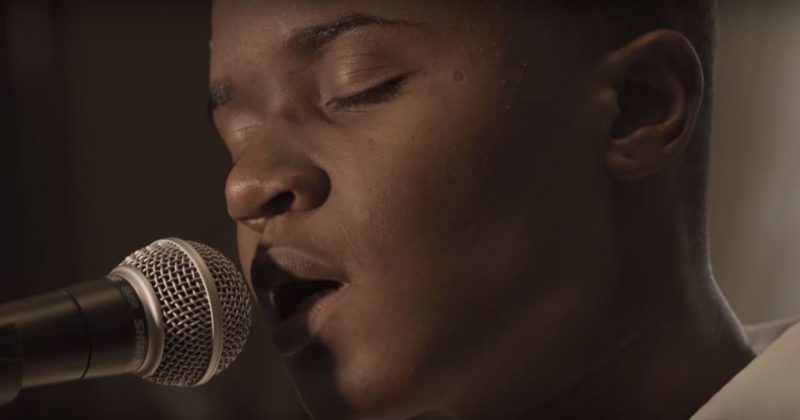 Coming off her sultry verse on Ayl∅’s recently released album, <insert project name\> Amaa rae is bringing the world into her living room for her latest release, a live performance video for pre-released “Lonely” single. While her live vocals prowess isn’t exactly a shocker for those who heard her SER, Live compilation tape back in 2015, the video is her first official release and its vivid and almost painterly frame compliments her captivating vocals.

a few friends behind cameras, a keyboard, a mic & my living room 🙂 Please RT! Amaarae – Lonely (Live) https://t.co/Ha2F9uRgl7 via @YouTube

Amaa rae sits in front of a mic, accompanied by a pianist who provides all the harmony she needs to channel a brilliant Lana Del Rey-esque delivery, threading on her spats of sentiment and romance. With minimal stage props and subdued costumes, it’s obvious she doesn’t need a grand set, asides her voice and a microphone.

The video drives the slow-burning “Lonely” single to more intimate heights with the camera’s focus on Amaa rae’s facial tics and expressions. Her forehead crease, lingering looks and seductive lip-biting mirrors the song’s reflective and unconditionally loving themes—“Tell Me No Fables/ Put All Your Imperfections On The Table”—before ending the fever-pitched sensual cooing with a satisfied sigh.

Her next project, Sex, Heartbreak & The Beach is expected to be released in October. You can stream the video for “Lonely” below.

Can we discuss how Mr Eazi can’t seem to own any live stage?