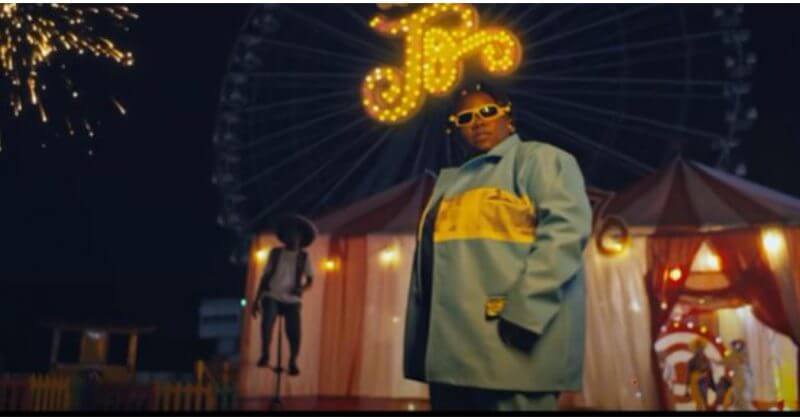 Last week, Teni’s “For You” featuring Davido became the first song to debut atop the TurnTable Top 50 charts. As the second single of her long-awaited debut album ‘Wondaland’, this achievement was a celebrated milestone that saw a song by a female artist debut and sit at the highest position on the Top 50 for the first time since its inception last year. This came two weeks after newcomer, Mavin’s Ayra Starr initially set the mark for the highest-charting song by a female artist in the Top ten, with breakout song “Away”. Women’s History Month is certainly starting off on a memorable note.

“For You” is the first song to debut atop the chart on its first entry and hold at No. 1 for a second week. With over 1.46 million equivalent streams (down 37.6%), and a tallied 35.64 million radio airplay audience impression (up 10.48%). It’s joined in the top 5 by Omah Lay’s “Godly” which holds at No. 2 for another week after its record 11-week at the top of the chart. The song also continues its record for the longest song in the top three, top-five, and the top ten of the chart (14 weeks for all). 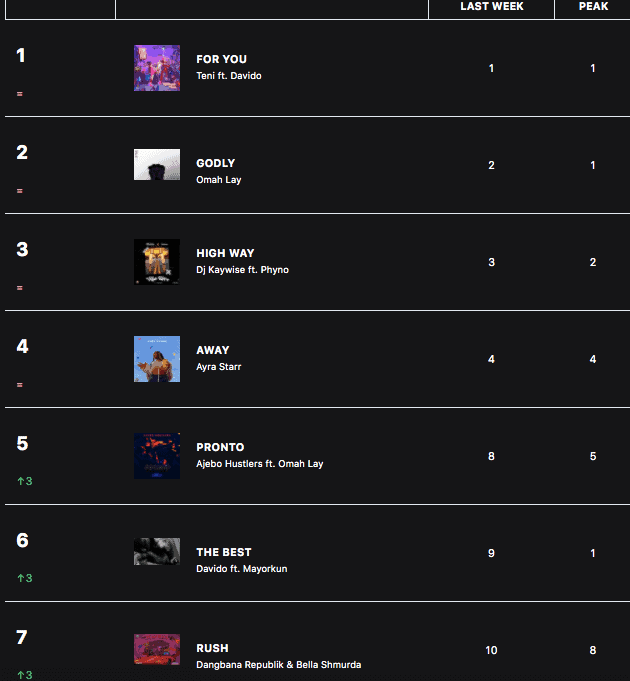 At No.3 is Dj Kaywise & Phyno’s “High Way”, closely followed by Ayra Starr’s “Away” which holds at its No. 4 peak, and Ajebo Hustlers’ “Pronto” featuring Omah Lay which rises to No. 5 after debuting at No. 8 last week. Ajebo Hustler’s “Pronto” is also the PH-duo’s first top-five on the chart and Omah Lay’s third. Turntable Charts also estimates that with the release of the official video of “High Way” could potentially see the song rise to No. 1 on the Top 50 charts.

You can see the full rundown of the TurnTable Top 50 here.

ICYMI: Focalistic and Davido are deep in their bag on “Ke Star Remix”