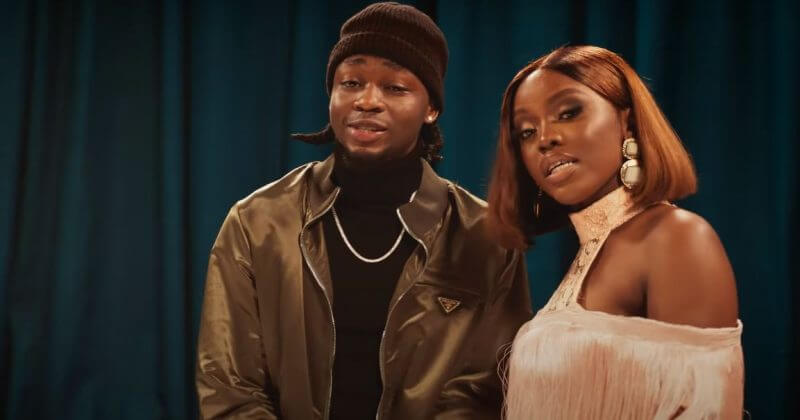 For the second week in a row, and as expected, Gyakie and Omah Lay’s “Forever (Remix)” sits atop the TurnTable Top 50 charts. A subsequent week at the pole position was a sure bet, following the release of its bright music video. While its 1.62million equivalent streams was an 11% dip in streams from the previous week, the Ghanaian singer’s smash hit increased radio airplay impression (3.5%) and TV airplay impression (45.4%).

With three total entries in the top ten this week, Omah Lay continues to dominate the Top 50, even acting as a stimulus pack for other artists. He currently holds the records for most weeks at the top two spots, “Godly” famously spent eleven weeks at No. 1, while the Olamide-headlined “Infinity” spent nine non-consecutive weeks at No. 2. This week, “Godly” enters the chart at No. 9, over three months after hitting the top spot, while his other entry this week is via his feature on Ajebo Hustler’s “Pronto”, which is at No. 5 for the second straight week after previously peaking at No.3.

Naira Marley’s “Coming”, the uber-erotic new single in collaboration with South African singer Busiswa, is this week’s new entry into the top ten, ascending seventeen spots to its new No. 4 peak position, matching the same peak spot as Naira’s previous top ten entry, “Koleyewon”. Rexxie and Mohbad’s “Ko Por Ke (KPK)” bounces back to the top ten (No. 10), weeks after initially bowing out of the chart. The rest of the top ten remains intact, albeit with position changes. DJ Kaywise and Phyno’s “High Way” moves back to its peak No. 2 position for the eighth non-consecutive week, Teni and Davido’s “For You” slides one spot to No. 3, Justin Bieber and Burna Boy’s “Loved By You” retreats three places to No. 7 but remains the No. 1 song on radio, while Joeboy’s “Focus” enters this week at a new No. 6 peak position, and Bella Shmurda’s “Rush” is at No. 8.

Outside the top ten, Chike and Simi’s “Running (To You)” reaches a new high at No. 11, Jae5’s “Dimension”, with Rema and Skepta, is at No. 14, Vector and M.I Abaga’s feud-squashing “Crown of Clay”, featuring Pheelz, becomes the first top twenty entry for all three artists involved, coming in at No. 19. You can check the full rundown of this week’s chart here.

.@Gyakie_’s “Forever (Remix)” with @Omah_Lay spends a second week atop the TurnTable Top 50— making it the No. 1 song in 🇳🇬 this week

BEST NEW MUSIC: KARUN & HIGO’S “HERE WITH ME” IS A GLOSSY POP-SOUL EXHIBITION