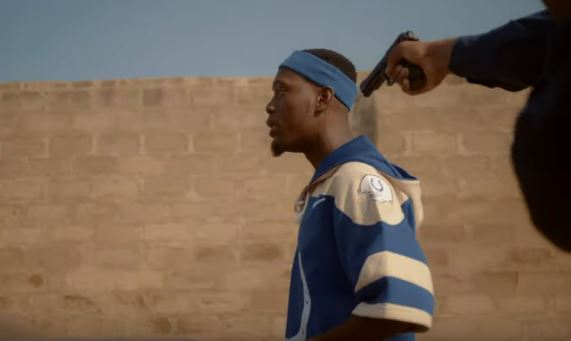 The Tulenkey train is revving up to full speed. Following the remix of his jovial, infectious “Proud Fvck Boys” single with prominent Nigerian rappers, Falz and Ice Prince, the Ghanaian rapper has featured on former BBNaija winner Efe’s “Scammer”, and more recently collaborated with La Meme Gang’s $pacely on recent single, “Little Soldiers (Tsoboi)”. Keeping up with the impressive consistency, and also scoring an integral look along the way, he’s the latest artist on the ongoing emPawa100 program, featuring with the music video for new single, “Yard”.

Assisted by fellow Ghanaian music upstarts Ara and Wes7ar 22, who deliver the superb hook and a quick verse respectively, Tulenkey vigorously raps about his come-up, detailing his ambition and also adding a few hedonistic bars for catchy measure, over a Leviathan, reggae-inflected trap beat. Directed by Babs, the video for “Yard” is a cinematic set, following all three artists as they saunter around a trap-house under police surveillance. Upon exiting the building, cops come at them unsuccessfully, deceptively ducking attempts to arrest them for picking up drugs.

Next Article Ictooicy encourages us to take things slowly with her latest single, “Serenity”