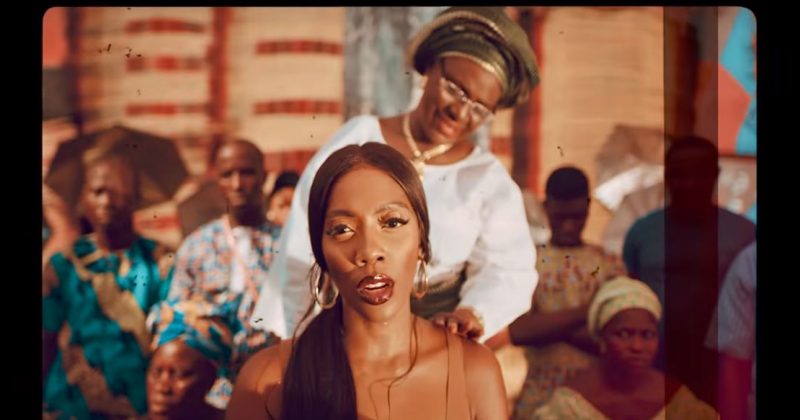 Tiwa Savage is a beast when it comes to supplying sassy and showy rhymes over catchy club-driven beats. 2018 has been a particularly flamboyant year for the singer, kicking off with her borderline narcissistic “Tiwa’s Vibe” single and sustaining the vanity fare through the year. And though social media threatened to spoil the party when her cordial relationship with Wizkid got tainted by talks of a sexual scandal, she remained unshaken and became the first African woman to bag an EMA, when she won the award for “Best African Act” over Davido, Shekhinah, Distruction Boyz and Fally Ipupa last month.

The Mavin singer just released a new single, “One”, expanding her scope through the reflective narrative that alludes to the lessons she has learnt over time. Singing “Omo To Ba Lagidi, E Fi Were Ko (A stubborn child needs a to be taught a lesson)”, most of the song’s lyrics are delivered in Tiwa Savage’s native Yoruba dialect, adding a certain severity to the song. The traditional influenced beat Killertunes produces with a mix of drum samples, percussion and a backdrop of sweeping synths also highlights “One” as a conscious song that make even showy lyrics like “My Life Don Better”, listens like prayerful thanksgiving.

The video, directed by Clarence Peters doubles down on the message of gratitude with Tiwa retracing her steps to humble beginnings and paying obeisance in the hovel of Lagos she was a part of before in her words, “life don better“.

You can watch Tiwa Savage’s “One” music video below.

*This post has been updated with the music video

Here’s why we need to let #TiWiz thrive

Next Article LEGACY: See this rare clip of Fela headlining the Pyramid Stage at Glastonbury in 1984