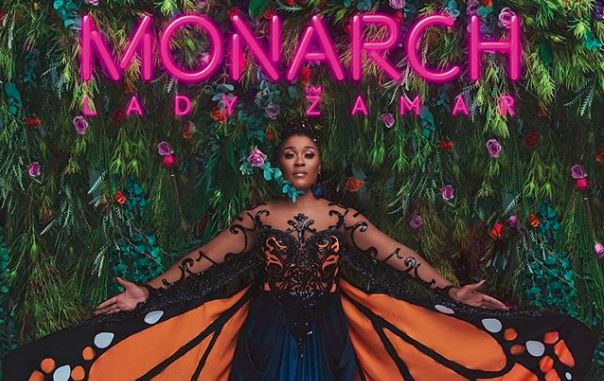 Following the release of her 2017 debut album, ‘King Zamar’, South African singer and songwriter, Lady Zamar returns with the release of her sophomore studio album, ‘Monarch’. Pre-released singles, “This is Love” and “Our Process” already hinted at her upbeat blend of South African house and contemporary pop music but with the 18 new tracks on the 20-track project, she expands the range of her influences by incorporating rap and hip-hop sounds through production from Noble Beats, Easy Freak, DJ Choice, RockSolid, Evida, and a few others.

Thematically, however, ‘Monarch’ finds Lady Zamar exploring heartfelt themes that seem inspired by her personal experiences. She delves into stories of love and desire, assisted by her guest list of features, South African act, Tellaman and American rapper, Rapsody who help shape the project’s compelling take on the complex and multifaceted nature of being a person and a woman. ‘Monarch’ is a truly ambitious project that hopes to highlight Lady Zamar’s growth in life, love and her music.

You can stream Lady Zamar’s ‘Monarch’ below.