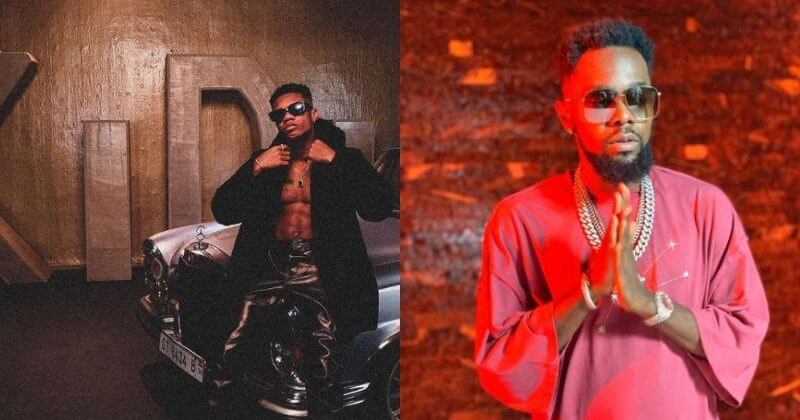 Music has been the driving force keeping us connected for the past ten months where we have been cut off from live experiences. As a result, last year, The NATIVE created our ‘Songs of the Day’ column as an avenue to curate some of the best and biggest songs from around the continent. In the time since its creation, the column has served as a means to discover music from niche, rising acts, while also spotlighting releases from the biggest artists on the continent. As artists continue to share their music with us, this year, it’s only right that we return to pointing you towards as much great music as we can.

Though the pandemic has denied us live shows, where the magical bond between artists and fans unfolds in real-time, artists have remained committed to sharing music with fans, so we continue to honour their art and create space and visibility for them. At the top of the week, we shared with you new releases from Terri, King Promise, Pheelz, Jeune Lio and more. Today’s curation includes KiDi’s new collaborative single with Kuami Eugene and Patoranking, Medikal’s latest drop, Ogranya’s hopeful song and more. Enjoy.

Last week, U.S.-based record label EMPIRE unveiled KiDi as the latest addition to its rapidly expanding clientele of African artists. Quickly following up that announcement, the Ghanaian singer dropped his first single of the year, “Spiritual”, and it features Kuami Eugene and Patoranking. Tapping into his established preference for crafting romantic bops—he refers to himself as “sugar daddy”—the song finds KiDi revelling in the ecstasy of finding an intoxicating partner, over a groovy, fast-tempo beat co-produced with Richie Mensah. KiDi handles the song’s first verse and its hook, while Kuami and Patoranking follow with lovestruck verses of their own.

Ogranya has been on a prolific run since the start of the year, delivering at least one new song every week since the third Friday in January. On his latest drop, “Roaa Ir’ro”, the Abuja-based singer offers an affecting message that hits just right considering the uncertainty and listlessness the last few months seems to have induced on our collective selves. “Yesterday can keep sorrow/celebrate the one life that you live”, he urges over a neo-soul beat with hip-hop flourishes, encouraging listeners to relish every moment they’re granted on earth. This writer agrees that it’s the best way to move into a brighter future.

Since making his first big mainstream splash with co-production duties on last summer’s “Jazzidisciples (Zlele)”, off Reece Madlisa & Zuma’s ‘Ama Roto’ EP, Busta 929 has quickly proven himself as a prolific Amapiano hit-maker. “VSOP” and “Umsebenzi Wethu” are amongst his latest in his increasing list of hits. On “Ekseni”, Busta’s first solo release of the year, the producer opts for a less visceral and more soulful approach, with a slightly higher emphasis on mood than thump. Featuring his signature use of wacky synth effects, he taps Boohle for her radiant singing as the main vocal draw, while Zuma adds a verse in the middle of the song.

After closing out the previous year with “789”, Jola Bello has set the ball rolling for her 2021 campaign with “Spin Me”, a new single that continues her preference for blue-eyed, lovestruck narratives. Backed by folksy percussion, cloudy keys and intermittent sax harmonies, Jola sings a romantic confessional, expressing undying affection and other exaggerated emotions people experience in love. “You light a fire inside, bobo I no dey lie o/if you leave me, I go die o”, she sings, describing the intense nature of her feelings.

In the past year, Medikal has established himself as one of the key players in the burgeoning rise of Drill music in Ghana. Throughout 2020, he unloaded a prolific clip of singles and guest features, flaunting his ability as a fierce lyricist on each and every occasion. Taking no breaks, he’s already back to his usual ways, dropping new material at an overwhelming pace. His latest single, “Undertaker Flow”, dropped just two days after its predecessor, “Nyame”. For “Undertaker Flow”, El Chairmano, as he’s fondly referred to by his fans, leans into his villainous side, as he taunts the competition while boasting of his mic prowess and accomplishments. Rapping almost exclusively in Twi, he employs a staccato flow that ensures that even if you don’t understand the bulk of his lyrics, his boastful attitude is not lost in translation.

Next Article Track by track: DAP The Contract breaks down ‘I’m Glad You Made It This Far’