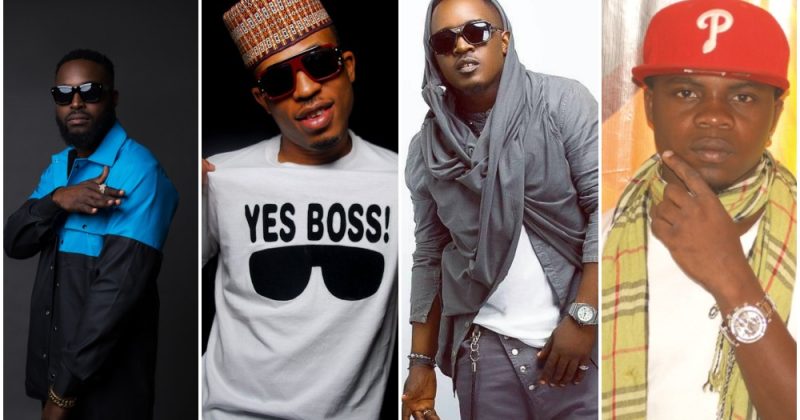 On Sunday, Naeto C and M.I Abaga took to Instagram Live, in what can now be regarded as a moment for Nigerian rap music and African hip-hop as a whole. Both artists had arranged for a battle of the hits-style event, but on a night where stories were shared and some of the very best and biggest rap records from the side of the world were played, it turned out to be two of the greatest and most influential African rappers of all time celebrating each other in the friendliest contest you’ll ever see.

In the final period of the live session, when every ounce of competitive tension had dissipated, M.I played “123 (Remix)”, the DJ Neptune-headlining song that featured both rappers and the late, great DaGrin. As a tribute to their late friend and collaborator, M.I quickly skipped ahead to DaGrin’s part in the song, a flawlessly executed verse teeming with his trademark confidence. As a rapper who had already made his mark with the classic sophomore album, ‘C.E.O’, that appearance was a statement of skill, which holds more weight when you consider that he was on the same song as two rappers operating in topnotch form at the time.

Released in 2010, “123 (Remix)” was preceded by its original song from the previous year, which featured only M.I who delivered a head-spinning verse laden with his typified wordplay and inimitable flow. By the time the remix landed, it became far more significant, and not just because of the added features, but also for the way it encapsulated the then apex of Nigerian hip-hop and it’s endless possibilities. Each featured artists was a highly revered rapper at the time – both in precision and also for commercial value– and “123 (Remix)” offered an avenue for them to flex alongside each other in a manner which was both regal and free —it was basically the gathering of three unicorns.

Backed by M.I’s buzzing piano strings and drums that canon off your eardrums, they take turns listing their credentials and grimacing at the thought of lesser skilled rappers trying to compete with them. M.I maintains the same form we know him for today, baiting his counterparts who he believes he’s a cut above with lyrics like “Ticked off a couple rappers last year, pissed off” and “You’re just a substitute the game already kicked off”. He’s then joined by Naeto C eases us into his verse filled with hard-hitting raps with the melodic hook.

Stealing the entire show (especially now in hindsight), Dagrin raps circles around every other artist with his Yoruba delivery, starting off declaring that the crown will stay long on his head. The buzzing beat is slowed down for us to really appreciate Dagrin’s verse where he closes off saying that even though he’s rapping in Yoruba, he’s still the king of hip hop. In light of the fact that the indigenous rap scene – which he laid the foundation for before his traffic passing– has infiltrated the mainstream, his verse seems like a foreboding of sorts.

With scratches provided by DJ Neptune, “123 (Remix)” recalls rap music in its rawest form—a DJ, a dope beat and MCs delivering mostly impenetrable bars. Beyond the effectiveness of Naeto, M.I and DaGrin, this classic song is also the prime showcase of integration, a statement that different rap styles and languages can thrive together within the same song.

In a hip-hop space that’s currently divided due to language and musical affiliations, as well as commercial perceptions, it’s evident that a thriving rap scene can only be achieved through cross-sectional collaborations. It’s a complex solution, but the success and significance of “123 (Remix)” already serves as blueprint for future efforts. When you also add the fact that it still slaps today, “123 (Remix)” is an evergreen song which will always remain relevant to Nigerian rap music and African hip-hop as a whole.