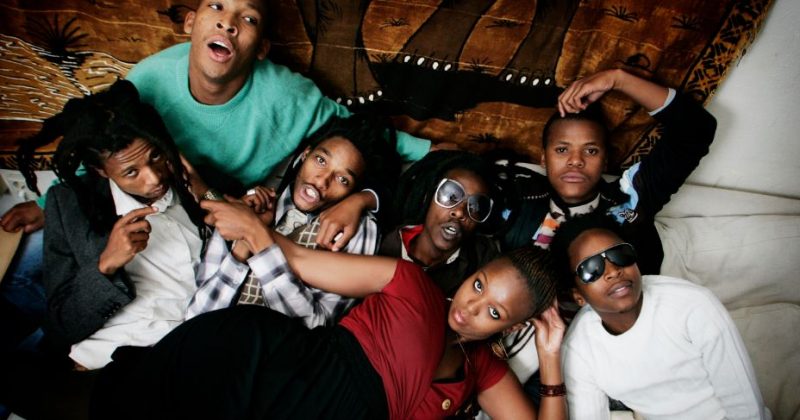 The Shuffle: Kwani Experience’s “The Mudaland Funk” as a landmark of African Jazz-Fusion

Nearly thirteen years after they released their sophomore album, ‘Live after Birth’, South African jazz-fusion band, Kwani Experience returned with “Ransom”, their first single since. The track is a smouldering protest against the inequalities capitalism engenders when it comes to basic human rights, and those who are familiar with Kwani Experience will see that it’s business as usual for the band, who matches their strident candour with inventive musicianship.

Back in 2005, Kwani Experience debuted with ‘Birth of the Mudaland Funk’, a magnificent showcase of the band’s sonic gumbo, comprising jazz, funk, hip-hop and traditional folk grooves, as well as the revolutionary, pan-Africanist ideal that was deeply embedded into the music. ‘Birth of the Mudaland Funk’ wasn’t a big commercial success when it came out, however, it is widely regarded as a modern classic amongst cult fans and South African jazz aficionados.

For such a highly regarded body of work, it’s almost impossible to state what’s the best song— it’s “Dipula”, if you ask me—but as far as definitive goes, there’s no stronger case than the penultimate song, “The Mudaland Funk”. As with the entire album, “The Mudaland Funk” is an amalgamation of varying styles into a striking whole, but it’s also an explicit statement of what Kwani Experience stands for, as opposed to the way it’s implied on the other songs.

“The Mudaland Funk” starts off by tearing into an ululating piano motif, clattering congas, frenetic drum surges and a solitary vocal chant, which creates the perfect atmosphere for rapper Kwela Sekele’s charged couplets, which brings to mind Gil Scott-Heron’s seminal spoken word piece “The Revolution Will Not Be Televised”. “Feel the deep rhythm sections of the heart/which are Eden’s mudaland funk/we march with the harmony of chants”, Kwela recites breathlessly, proclaiming the band and its sound as the manifestation of celestial inspirations. “Kwani Experience is the mudaland funk”, he chants on the makeshift hook.

Towards the middle, the song settles into a tribal soul groove that accompanies spiritual chants and declarative raps, none of which are delivered in English, however, still manage to be transcendental by virtue of sheer performance. Beyond being a definitive song for Kwani Experience, “The Mudaland Funk” is a touchstone for African jazz-fusion, due to its otherworldly headiness and blistering execution.

The late, legendary jazz musician, Miles Davis once said, “Jazz is the big brother of revolution; revolution follows it around.” Kwani Experience have always embodied that quote, even after their hiatus in 2012. It’s why their older music – ever defiant and always looking to trigger a revolution one listener at a time – remains timeless, even fifteen years later. For those who didn’t know until now, you are welcome to the Kwani Experience.

Listen to “The Mudaland Funk” here.