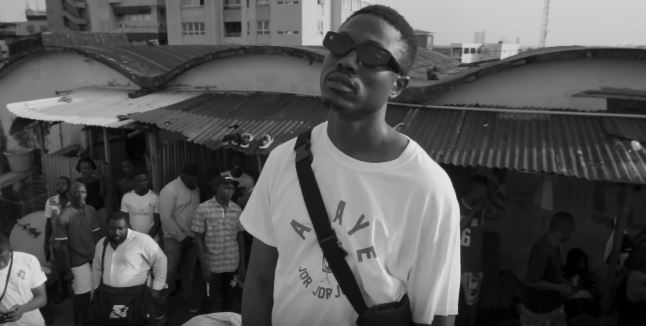 Vector has always rooted his music and person in Lafiaji, Lagos Island, the neighbourhood where he grew up and always calls home. In the video for his latest single, “Alaye Jor Jor Jor”, he continues to represent his hood, while also reaffirming his street credibility in the process. Directed by TalktoAce, the video sees Vector rapping his bars in the company of mean-mugging posse, while he’s also captured strutting around in the local palace of his community.

“Alaye Jor Jor Jor” is taken off Vector’s EP from last November, ‘Vibes Before Teslim’, which served as the rapper’s first project in three years.

0000
Previous Article Watch Zlatan in the playful video for his latest single, “Quilox”