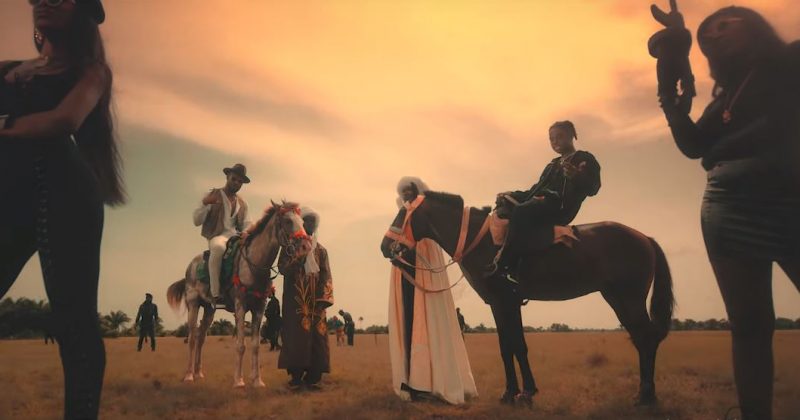 See the music video for “Lavida” by D’Prince and Rema

Rema has only been in the public eye for a couple of weeks, but he’s already defying expectations. The Benin city raised rapper first attracted attention with his cover of D’Prince’s “Gucci Gang”, released as a freestyle on Instagram. He has since gone on to join the veteran singer’s label and release his chart-topping, self-titled 4-track EP, ‘Rema’, under Mavin Records. Though he admits his tutorship under D’Prince is responsible for some songs on his debut project in our NATIVE feature story, “Lavida” is the first official collaboration between two.

Mavin producer, Altims supplies chilling instrumentals for both artists to let loose their prideful bars, blending boogaloo-inspired Latin trap, Afropop and tender R&B melodies like they were always meant to be clustered as one. With their flashy lyrics also highlighting their vulnerable sides, “She tell me, Remy wire money/ Anything Girl, I go buy am for you”, “Lavida” cements Rema’s growth from a child star to a bonafide pop star, without losing any of the infectious personality that made him a cultural beacon in the first place.

The graphic music video for “Lavida” sets D’Prince and Rema in fiercely threatening scenes to portray them as mafia goons, but Rema’s lively and charismatic performance, raging at the top of a moving car is what steals the show.