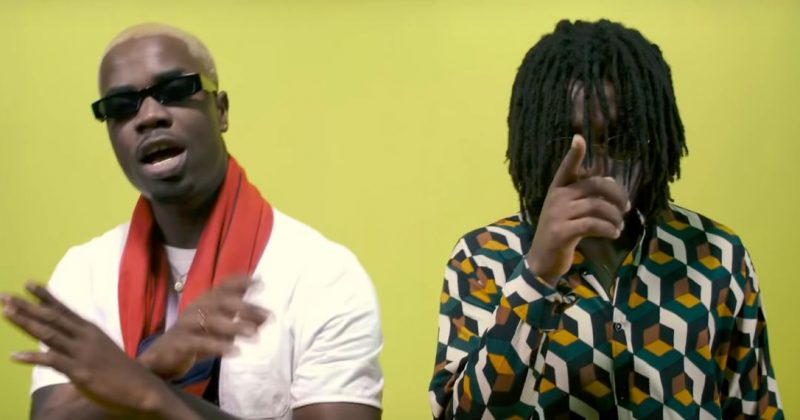 See Kiddblack and Darkovibes in their music video for “Snapchat”

Kiddblack and Darkovibes released their “Snapchat” single earlier this month and have wasted no time following up with a befitting music video. The romance themed song is Kiddblack’s first single for the year as he and his La Meme Gang partner tackle the negative influence social media can have on millennial relationships.

Over twangy guitar riffs, catchy Afropop drums and percussion harmonies Frank Sowah Boye produces, Kiddblack asks his ex “Why You Say You Love Me Then You Just Walk”, hinting at the instability that often plagues relationship. The video Edgar Tagor directs follows the song’s plot, opening with a fight scene between Kiddblack and his ex then showing him as he shows off his new girl on Snapchat and blowing up on TV screens, while Darkovibes performs his chorus from behind the wheels of a Ford. It’s a classic display of how millennials handle break ups.