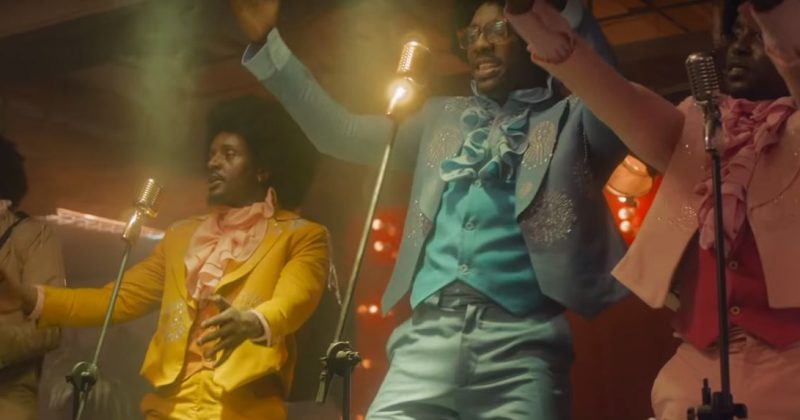 Kenya’s biggest band, Sauti Sol, head to Nigeria for the music video of their latest release, “Suzanna”. Leke Alabi-Isama directed the video in a 70s disco ball motif that celebrates the stylish looks from the past. The band is shown performing the romantic song at a bar before we see shots of them performing on the streets and at a photo shoot. The song is a teaser for what’s to come from Sauti Sol’s coming project.

UK based group, NSG have made a name for themselves with their hit song, “Options” and notable features with artists like J Hus, Geko, Not3s. The confidence boost from the fame has done wonders for their street talking as is evident from their latest single, “Ourself”, a boastful song celebrating their acclaim. The video shows off their glamorous lifestyle with a vaction-esque mood board that shows the group on a location in Ghana, on a beach and performing on stage.

Lil Nas X partners with Nas for the haunting video for his new single, “Rodeo”. The song had originally featured on Lil Nas X’s ‘7’ album. The video he co-wrote and co-directed with Bradley and Pablo takes a lot of influences from Matrix and Vampire franchises. He transforms from his hip-hop cowboy image to a vampire after being bitten on the neck. He takes the opportunity to throw in a “Thriller” inspired choreography into the mix of supernatural references.

Trap music has grown legs in Nigeria as more artists come out with their interpretations of the psychedelic synth-heavy rap music. Kufre’s debut tape, ‘First Son’ EP earmarked him as a trap artist to look out for with his laidback command of the synth-lead beat and the stoner stories he tells over them. He also released a music video for “Memories” where he creates the psychedelic effect with green room technology.

British-Ghanaian singer and songwriter, Eugy has developed a reputation for his easy-listening romantic singles despiting breaking out with a dance-anthem, “Dance for Me”. His latest single, “Rendezvous” reignites the spark of his uptempo melodies as he delivers a groovy song to celebrate his acclaim.

American pop singer, Raveena has dropped her first single of the year, “Headaches”, a love song sweet enough to make you sick before even watching the glossy video. The pay off for the charming relationship she displays with her Asian muse was the visually appealing video that takes some influences from the Asian culture.

Juls has released the music video for his latest single, “Your Number”, featuring King Promise and Mugeez. Their highlife celebration came to life in the newly released music through the brightly coloured sets and Ankara print set designs. The romantic direction of the song is also depicted with the beautiful models that serve as muses in the video.

Next Article Olamide kicks off the year with an all-rap EP, ‘999’