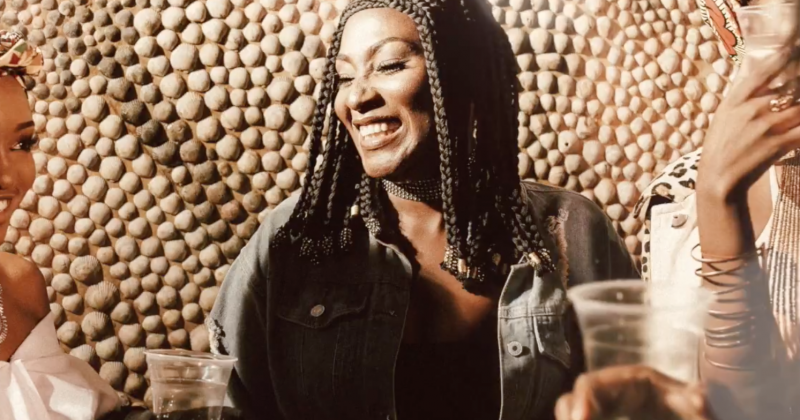 Ruby Gyang is royalty and “Kale Ni” offers you her craft

On Ruby Gyang’s 2016 EP, This is Love, she explored love and heartbreak through Jazz funk fusion with soul. In the lead up to her Ep this year, Ruby Gyang is expanding her repertoire, going for something even more fun with her music. Now what she intends to do, judging from her new single, “Kale Ni” is filter her usual Soul and R&B through Tribal House and Afropop into a signature Blend.

“Kale Ni” her return to music after immersing herself in life’s worries and confronting all her fears, adds a traditional flair to her experimental tendencies. She uses conga drums reminiscent of the early 90s: thrumming around her at an upbeat tempo while she takes a more delayed approach when she sings.

Atop that, Ruby’s declarations in Hausa tie into the thematic linings to have fun and dance. This is an all fun Ruby Gyang, even tying her lyricism into her name: A precious stone who praises her self as royalty “Kale ni ruby, Saruniya ruby”, Look at me ruby, she says, she is royalty. The rhythm remains constant, never quite hushing –creating a waltz that never finishes, Ruby dancing in the centre of it.

Shot by U.A Images, the video for “Kale Ni” shows Ruby Gyang dressed monarchically in a social house as she compels her guests to dance and dig it, “Tashi Mu Taka”.

Take a moment to appreciate “Kale Ni”, a promising single in the lead up to an EP this year and finally, a debut album next year.

ICYMI, See Ruby Gyang make the grade On The fall and rise (And rise And Fall) of women who choose a career in music

0000
Previous Article Bobrisky is the Nigerian Millennial we deserve

Next Article It’s all about the vibe on Yinka Bernie’s new single, “Subconscious Flashes”