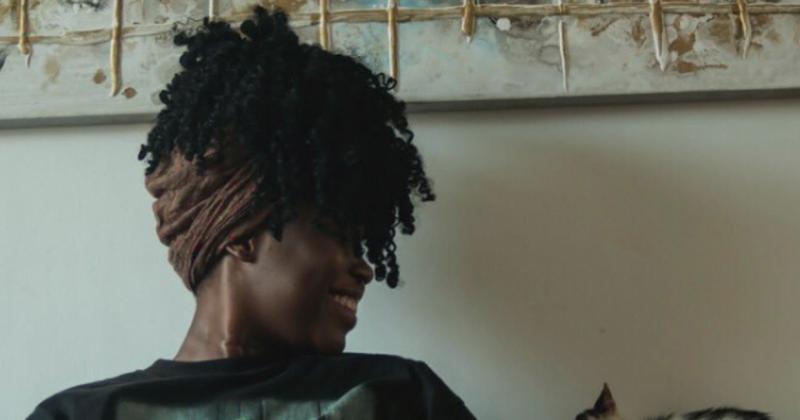 #ThankGodItsRia is the official hashtag for Ria Boss’ “Friday takeover”. Ria, via her twitter and Soundcloud accounts, announced plans to release a collection of songs every Friday until an undisclosed date. At the release of the first project, LOVEFLUX, on the 14th of September, she tweets “I Own your Fridays now”, like a demigod with the power to hold time.

WILDWOMAN, the second of two consecutively released projects is a 4-track EP that exhibits the many sides of Ria Boss —singer, songwriter and poet. It begins with a low-tempo “Intro” track where she basically defines the crux of the project. You get a sense that she’s warning anyone who doesn’t agree with her women-uplifting words to stop here.

Singing over a soft synth baseline, she introduces us to a woman who unwittingly emanates power, tagging her a “wild woman”. The theme continues until “Crown Funk”, the concluding track that doubles as a subtle call to action. On it, Ria softly commands the woman to fix her crown and trust herself, “cause you’re a queen”, she sings, reminding listeners of her royal power as a woman. Likewise, “Who Gon’ do you” is a soulful paean to the limitless attributes simultaneous to self-trust. Ria sets the universal mantra, “Who gon do you better than you?”, emphasizing the liberating effects of true self conviction.

“Bad mama” however asks that the mantra be individualized as Ria reminds listeners that self-trust must come with a willingness to shape shift, because growth is a part of the process. Ria odes the woman’s ability to transform like the earths seasons, encouraging her to explore every form of her many selves.

So far, #ThankGoditsRia has continued Ria Boss’ introspective songwriting direction, as she introduces meditative themes using pianos and rain samples to set a soothing ambiance. “Blossom”, off LOVEFLUX is a romance themed track where she is telling a love interest that she is here to save him, opposing the usual counter narrative.

As if to emphasize this narrative further, the next track, “Equal”, finds her singing of a relationship based on the foundation of mutual respect and true partnership; a ”Yin to my Yang” style courtship. On “Wasting Time”, the concluding track for LOVEFLUX, Ria reintroduces the piano and presents a number of topics to meditate on: “think about your love, think about your legacy”, recommending these thought processes as tools for a free mind.

Mama Boss approves, even tryna use my own song against me lmao, no more wasting time 😩😩😩😩 #wastingtime #loveflux #THANKGODITSRIA pic.twitter.com/M60diW0pPQ

In her interview with the NATIVE, for the 2017 magazine print edition, Ria Boss highlighted her desire for love and self actualization as two of the few things she’s looking forward to. With a central theme of heavy introspection as well as inward and outer love on both EPs, you get to see how the 8 meditative tracks Ria Boss presents over the course of LOVEFLUX and WILDWOMAN are as much for her audience as they are for herself.

Follow the rest of #ThankGoditsria on Soundcloud via the artist’s page. You can listen to the first two below.

NATIVE BIRTH ISSUE: Ria Boss Is Ready To Let Us Into Her Kingdom