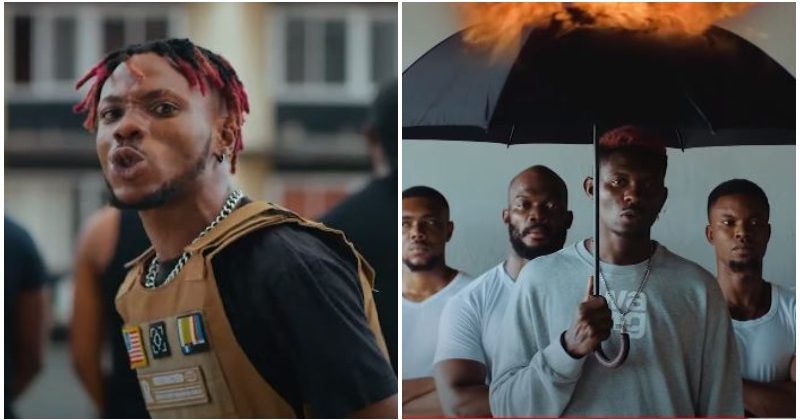 For a lot of 2019, there were so many rap beefs, that it was hard to keep track if you weren’t truly invested in the involved artists – especially if like me (a music journalist) you had to be in the know. Partly because of the confusing back story, the exchange between Davolee and Dremo wasn’t very publicised, however, it brought in its fair share of interesting jabs and ferocious cuts. With all due respect to Dremo, it was clear after a few rounds that Davolee brought a gun to a fistfight, and ended the exchange fairly quickly.

Although his biggest song till date places emphasis on his storytelling abilities, and he’s showcased versatility on a few occasions, Davolee’s raw ability as a combative lyricist is undeniable. He’s a rapper who believes he can go bar-for-bar with anyone and win, and it’s the attitude that powers his latest single, “G.O”. Tagging with frequent collaborator, Jaido P, the pair run wild together, listing their street cred, shadowboxing naysayers and beckoning potential competitors to fuck around and get smacked.

In terms of attitude, Davolee and Jaido P operate on the same wavelength, so much so that “G.O” is a bit like watching the Hardy Brothers gang up on one-half of a hapless opposing tag team. On this track, it’s them versus everybody, and crushing windpipes until their adversaries tap out is the only option. While the Yoruba delivery makes their menacing delivery hit harder, the controlling cadence and commanding flow both rappers wield over Masterkraft’s haunting piano strings and ground-shaking bass is enough proof that “G.O” is a deeply satisfying rap song.

While rap music has rightfully expanded its emotional range over the past two decades, it’s still an art form that allows its purveyors to turn raw aggression into visceral thumpers. “G.O” is proof that, with a beat that’s hard as nails, a burning desire to jump your rivals at every chance, and a chant-ready hook that will stay in your head for a minute, rap music can be primal and sublime in equal measure.

Watch the video for “G.O” here.