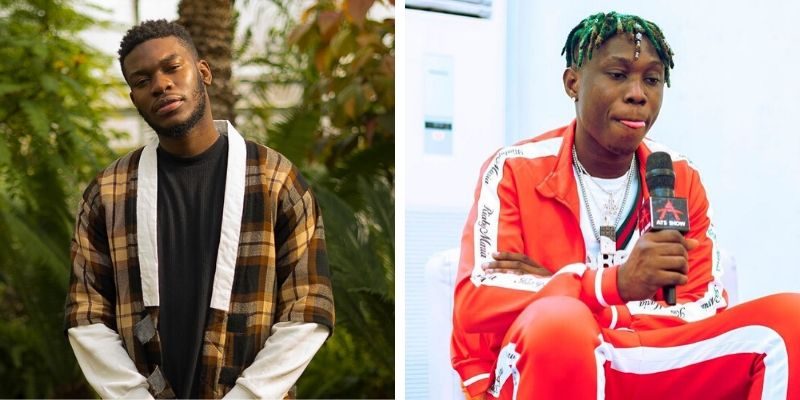 We’re experiencing a paradigm shift, where social media culture is growing and shaping the way we consume everything. This creates a boundless cyber community where nothing is lost, and it has never been easier to access.

“Old Town Road” singer, Lil Nas X is undeniably one of the biggest breakout stars from this year. His rise to prominence came after building a strong fan base online due to his popular Twitter account, where he won the hearts of fans everywhere around the world.

Nigerian music is currently benefitting from this and that has been the case for a while as we have had instances of Nigerian music crossing over to more global audiences via social media, gaining the attention of the likes of  the business mogul, Rihanna who was listening to Burna Boy while doing her makeup and Rema’s “Iron Man” making its way to the Obama’s summer playlist.

With summer winding down, here’s a sampling of what Michelle and I have been listening to — some new, some old, some fast, some slow. Hope you enjoy.﻿

Over the weekend, American singer/songwriter, Billie Eilish shared a video on her Instagram story where she was singing along to “Agege” by Zlatan and Tekno. Fans soon caught on, and re-shared the video to other social media platforms, and many insisted that the ‘simulation’ we exist in is experiencing a glitch, as it’s so bizarre that the LA-based singer knew the words to the song mostly performed in Yoruba.

It is not crazy to see how much pop-culture influences certain age groups around the world, who will find that they have similar taste in music and fashion,however, the surprise rose from the fact that Billie Eilish is not the typical target for Zlatan’s music which is mainly in Yoruba language, doted with outrageous adlibs and suggestive lyrics.

This just goes to show the immense power of social media the ease of global reach over the past decade. With the advent of streaming and the internet in general, discovering music that wouldn’t usually be within your reach is easier than ever, as almost every song that exists is available for listening or download via popular streaming platforms.

Given the current rates, we’re confident that we’ll continue to see more afropop sounds crossing borders in the coming decade, as many popular Nigerian artists already boast of international collabs, take for example, the many Nigerian artists featured on Beyonce’s ‘Lion King: The Gift’ album to Tekno co-producing a Drake and Swae Lee collab “Won’t Be Late”.

Not only is social media blurring the musical borders internationally, it’s also making it easier for unlikely collaborations within Nigeria to come up. Over the weekend, Nonso Amadi and Zlatan hinted at a possible collaboration on the horizon, after a fan tweeted about wanting this and was met with ridicule online. This joins a list of growing collaborations made possible by social media over the past years including one of Buju’s biggest hits this year “Spiritual” also gaining a Zlatan feature.

As we enter a new decade, it will be interesting to see how technology and social media further develop to bring afropop into different cultural spheres and improve its level of global visibility and commercial viability.

Next Article The Shuffle: “Reincarnation” by The Lijadu Sisters sends a timely message