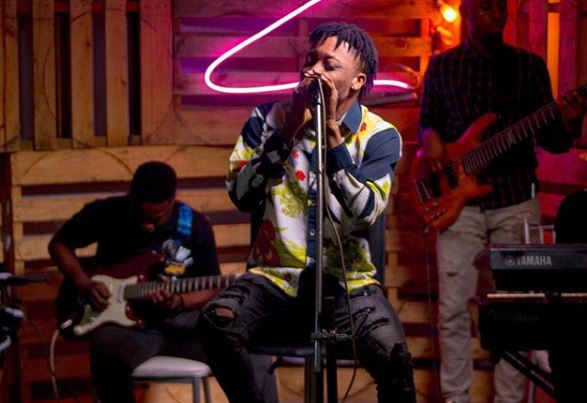 Oxlade’s star-making appearance on Blaqbonez’s “Mamiwota”, and the ensuing success of his breakout hit song, “Shuga”, pegged him as one of the fastest rising Afropop acts. With the knowledge that he’s still a few ways from being an established act, his newly released “Legend” single serves as a mission statement of sorts, explicitly declaring his plans to become a widely heralded voice in the coming years.

While the pining texture he imbues his lyrics with, gives the song a genuine, heartfelt vibe, Oxlade also makes a couple of confident affirmations, singing “I no talk say na me be the best singer/but I will be great, so fuck what people say”. Punctuating the weightiness of his sentiments, the orchestral backdrop of marching tribal drums, sombre piano keys and dramatic strings feel especially apt.

You can listen to Oxlade’s “Legend” below.