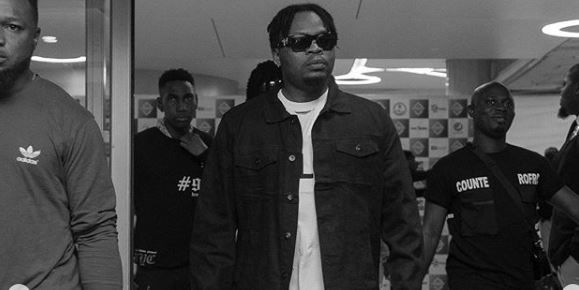 Olamide is one of the most consistent musicians we have working today, and this is what makes him such an important figure in the street-hop scene. With his previously released singles, “Oil & Gas” and “Pawon”, still making the rounds on the set lists of club DJs, he’s just dropped “Choko Milo”, another single with the potential to join his list of big songs in 2019.

Over the South African house-inspired drums, eerie whistles and bass guitar riff produced by Spaceboy Mercury, Olamide delivers a set that playfully highlights his ability to mix anecdotes and streetwise idioms. On the hook, he jokes casually about drinking habits with raunchy innuendo, while he spins a loose narrative about his attractiveness on the sole verse, citing his affluence and sexual prowess as the main factors.

You can listen to “Choko Milo” here.

ICYMI: DJ ENIMONEY, OLAMIDE & REMINISCE ARE ALL ABOUT THE RAVE IN VIDEO FOR “SHIBINSHI”

Next Article DAP The Contract Features On Disney Christmas Special Soundtrack, “Be Nice”