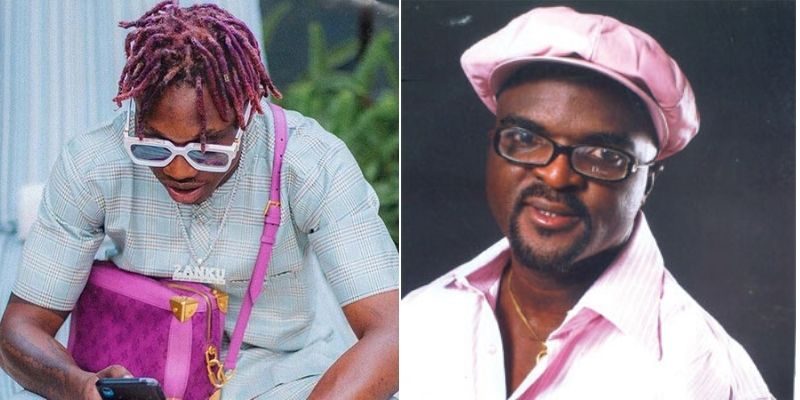 Zlatan & Obesere team up for new version of “Egungun Be Careful”

Three years ago, we reminded you guys that Obesere did all of it first, in terms of outlandish behaviour that seems to get members of the alté community in trouble with Nigerians today. Now in 2020, his career is seeing a renaissance of sorts, which has led to a series of interviews, a possible tour (if our oga at the top right now, ‘Rona permits), and now a remix to “Egungun Be Careful” featuring Zlatan.

Where Obesere’s original 3-part song, will thrive at owambes all over the country, this remix with Zlatan is set for mainstream success, following his out-of-the-blue resurgence in our generation. The Fuji veteran caught everyone’s attention this year, with clips of the quirky accompanying video for “Egungun Be Careful” littering the streets of Twitter.

The focal point of Obesere’s original song, simply aims to let everyone know to watch out for unexpected obstacles as they go about their activities, otherwise you’ll run into trouble like the egungun who ran into the expressway. You won’t even notice that you’ve been listening to for 20 minutes – it’s a 3 part song spanning over 28 minutes and many different beats – regardless of whether you understand what he’s saying.

The much shorter remix with Zlatan is more suited to today’s mainstream audience. While Obesere does most of the heavy lifting with a newer version of the original, Zlatan adds a catchy hook and sparse ad-libs to give the song a special 2020 flavour.

Since he broke out two years ago, Zlatan has showed off his range and lyrical dexterity through his collaborations with heavyweights from Naira Marley to Burna Boy and debut album ‘Zanku’. Being the current bridge between the streets and mainstream, his talent is a good mix of everything we need: sound rap, humour, catchy melodies and let’s not forget his inimitable ad-libs.

We’re excited to see how this pans out for Obesere’s career, and to see who else he collaborates with over the next few months.

ICYMI: Obesere and his influence on the alte culture as we know it today