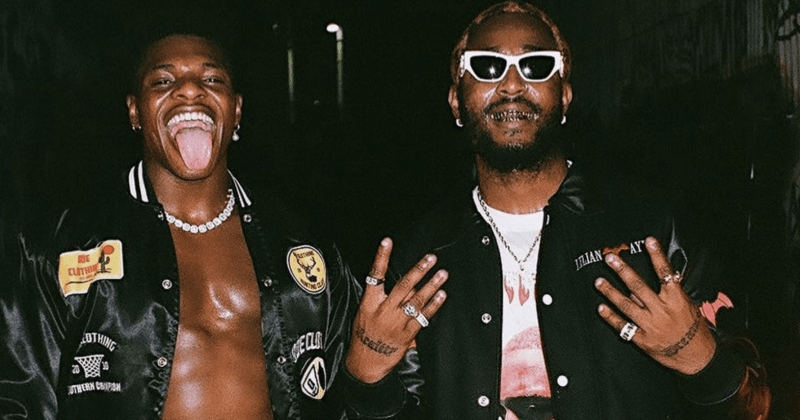 Revolution has seemed like a constant feature for this year as we’ve seen more people speaking up against issues of injustice and oppression. Despite the social distancing laws of the Covid-19 pandemic, Americans responded to the murder of George Floyd at the hands of a police officer by going out to protest against police brutality and racial discrimination. The Black Lives Matter protests hit a nerve with young Nigerians who could also relate to being profiled, harassed, and killed by the police and very soon after, protests have also broken out in Nigeria, calling for an end to SARS, #EndSARS.

America-based Fresh Meat alum, JELEEL! took inspiration from the racial discrimination he experienced in America for his latest project, ‘Generation Z’. He released the tape while the BLM protests were still ongoing and offered the 6 tracks as a balm for healing the trauma of the time. Though young Nigerians had not gotten into full protest mode when the tape was released in July, JELEEL! had the foresight to team up with his Nigerian brother in arms, Prettyboy D-O for the rebellious anthem, “Sinner”. The two are now sharing the energetic video for the track that encourages young people to get active and use their voice and strength to fight for equality and a complete overhaul of the systems that were built to oppress us.

Given the present politically charged climate where the Nigerian government is refusing to take responsibility for the killing of peaceful protesters while also seeking ways to censor the voice of the youth, the timing could not be better. The leadership of Nigeria has failed young people and as they continue to antagonise us, music can serve as fuel for our activism and also amplify the issue of injustice we’re experiencing. Prettyboy D-O’s fans are already familiar with his penchant for calling out the system from songs like “Chop Elbow”, a protest song with a hostile dance to match. Pairing him with JELEEL!—who loves to rage and rip his shirt—for a protest song seems like a match made in heaven with very violent prospects that are fitting for the current times.

The video opens with JELEEL break dancing with other dancers, all dressed in black leather outfits. JELEEL! is known for his unorthodox vocals and on “Sinner”, it gives the song an edgy quality as he seems to scream the lyrics; “In the fight ima ride with a sinner. One more time for the time they killed us”. We watch him as he dances then sing into a ball of fire that he carries in his hands. Prettyboy D-O makes his appearance standing next to a burning trash can that conveys the riotous them of the song. He performs his verse with the aggressive energy we’ve come to expect from him. However, instead of violence for violence sake, he outlines the oppression that has shaped his aggressive wold view; “Tell me why they want to come and block my progress/ that’s the reason why pretty no dey look face.” In this context, his rage isn’t only menacing, it’s also heartbreaking.

Although the video aims to trigger rage against oppression, it also looks beyond the grim as we see several shots of JELEEL! smiling at an attractive muse and hugging Prettyboy D-O as if to push onwards against ignorance and hatred. Together, they celebrate black love and creating art in the face of the powers oppressing us. The NATIVE spoke with JELEEL for the premiere and he told us;

“I know this is a difficult time right now and I’m praying we all get through this and Nigeria changes for the better.”

See the video for JELEEL! and Prettyboy D-O’s “Sinner” below.

ICYMI: JELEEL! has a lot to say on his latest EP, ‘Generation Z’

Next Article NATIVE Exclusive: In conversation with DJ Switch