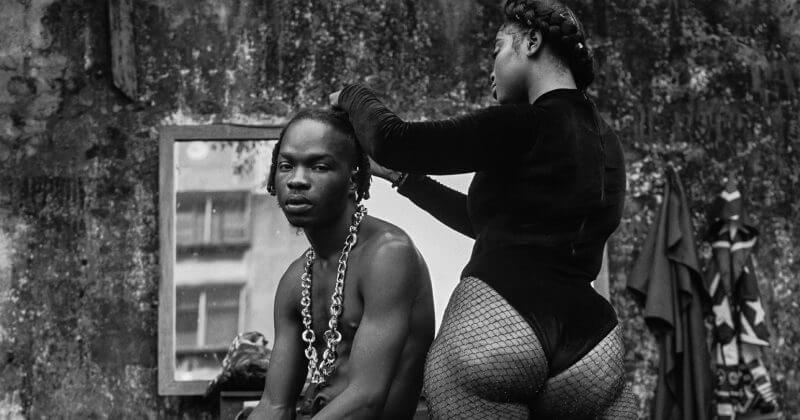 When he’s in full flow, Naira Marley leaves very little to the imagination. Building his rep off being a provocateur who isn’t afraid to air his opinions, no matter how controversial, that trait has been a defining element in his music, as he’s become one of the more descriptive artists around. His ascent into superstardom has been marked by a thematic rawness, with several carnal songs like “Opotoyi (Marlians)”, “Soapy”, “Pxta” and “Tingasa” lacking any form of filter in their lyrical content.

Naira hasn’t really cooled off this year, however, his solo releases, “Aye” and “As E Dey Go”, have toned down the lewdness in favour of his more laidback, philosophical musings, however, like clockwork, his new single, “Idi Oremi (Opotoyi II)”, finds Naira back in his bag of raunchy tricks. Loosely translating to “My Friend’s Bum”, the rapper cranks the notch on fun-filled vulgarity up to ten, loading every inch of the 3-minute song with as many lascivious and straightforward quips as he can possibly muster.

Produced by close collaborator, Rexxie, Naira Marley waxes plainly about “Friends with benefits”, with the benefits specifically being sexual. Prancing over humming piano riffs and a groovy, booming bassline that will instantly inspire many variations of the Zanku, Naira pokes fun at entanglements that are purely physical, and as a sequel to “Opotoyi”, it’s also a reiteration his fascination with bodacious women. “Ore ma n je’se ore…je ka ma rira’wa/je ka ma gbon’ra wa (“Friends eat the work of their fellow friends…let’s be seeing each other/let’s be doing it with each other)”, he sings at the very beginning of the song, being as direct as he possibly can be.

As much as “Idi Oremi” plays into Naira’s penchant for being crass, the song’s selling point is his undeniable sense of humour. Even if you’re the type to be turned off by the song’s topic, it’s very likely that the innate playfulness of his lyrics will reel you in. At one point, he raps, “Se idi e re, abi o wo pampers/ma, your ass dey give me asthma”. The ‘rona might be keeping us from dancefloors at the moment, but as society is opening and more avenues to party safely begin to pop up, “Idi Oremi” is destined to be a home run for Naira Marley, as he gears to release a new EP tentatively titled ‘B2DS’ before 2020 wraps up.

ICYMI: NAIRA MARLEY & THE EVOLUTION OF STAN CULTURE IN NIGERIA

Next Article The life & times of Nigerian dance royalty, Zanku