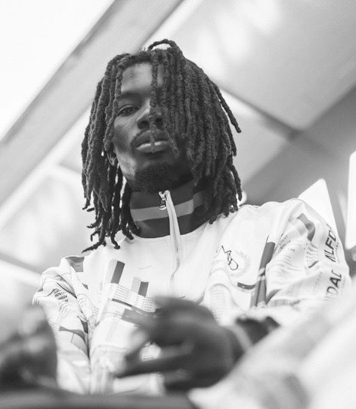 MOJO is high on life for his new single “Shawarma”

Even in the singles-based market that permeates the Nigerian music industry, there are artists who have maintained the attention of their audience with their sporadic releases. One of such artists is Lagos-based rapper, MOJO; who has only a handful of singles in his arsenal, following his 2018 romantic debut single, “Sweet” featuring AYLØ and Paula.B and Prettyboy D-O assisted “Chop Life Crew”.

Yesterday, the rapper released a new single, “Shawarma”, a catchy bop which lends itself to the sound of the ongoing music climate, dubbed as ‘two-thousand and gbese’ by Burna Boy.MOJO takes a nonchalant storytelling approach to the DaRe Kasali-produced track, singing “Ese mi o ba le mo”, which roughly translates as “My legs don’t touch the ground” as the rapper playful describes being ‘high’. The song’s title also offers up a double meaning, referring to the shawarma meal but alluding to his use of marijuana.

Released alongside the song is a teaser video directed by Onari and Sabr from Prassrs Collective which shows MOJO surrounded by friends while he attends to customers at a shawarma spot. The group is seen in ‘high’ spirits, busting out their killer zanku moves to the catchy song. We can’t wait to see what he cooks up next.