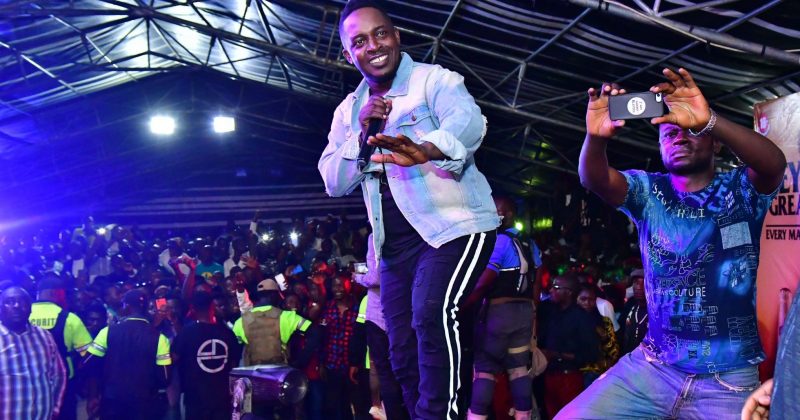 Regardless of the complexities and recent controversies surrounding his legacy, one thing you can’t take away from M.I Abaga is his dedication to craft. In the earlier, blooming days of his career, the rapper straddled the line between mainstream-ready rap music and ‘true school’ hip-hop by partitioning his approach to albums and mixtapes—the former was packed with afropop-indented rap songs and the latter featured re-purposed samples and no frills rapping.

These days, though, he’s seemingly blurred that line, opting to make music that focuses on his strengths and doesn’t explicitly appeal to the mainstream. It’s a direction that’s most likely informed by his status as a rapper who’s been mentioned in the same breath as the biggest Nigerian pop stars, however, his recent projects are proof that he’s not taking this luxury too lightly. ‘Judah’, his most recent project, features some of the most awe-inspiring raps in M.I’s career so far, and his latest guest appearances—like on Efe Oraka’s “Zion” and Dark Poet’s “Ripple Effect”—are impressive proof of an artist enjoying a new crest.

An intriguing part of this creative renaissance is that M.I seems to be reaching back to his previous work for new tweaks. We cannot tell exactly when it happened, but M.I recently updated “Last Night I Had a Dream About a Hummingbird”, a deep cut off his 2018 studio album, ‘A Study on Self Worth: Yxng Dxnzl’, on all streaming platforms except YouTube. The change mainly centres on the introductory part of the song, and although the sole verse and robotic EDM beat remain unchanged, this modification seems to carry some significance.

The initial version of “Last Night” opens with the voice note of a lady who confesses her physical insecurities, relating its effects on her mental health and self-esteem. In the updated version, M.I opens the song with a sound bite that seems culled from a TED talk, in which the speaker bemoans the unnecessary pressure of comparing one’s self with other people, especially in the internet era where many people only presents the glossy side of their lives. Both intros are appropriate lead-ins to M.I’s verse aimed at uplifting both the listener and himself, but the change alters the context a bit. Where the lady’s desolate chatter serves as a relatable point for the weaknesses many people harbour about themselves, the new intro is more forthright with its bracing perspective.

Each person’s preferred version will depend on personal tastes, but the broader picture of this adjustment is that it could only happen in the streaming era. During the period when physical and digital purchases were the only mode of music consumption, this change would be pointless since those who already own a copy of the album wouldn’t be able to listen to the new version without purchasing another version of it.

The strongest precedent for this M.I tweak is Kanye West and his 2016 album, ‘The Life of Pablo’, an album Ye described as ‘a living, breathing organism’. Kanye made this description while explaining that the album would continue to be fine-tuned even after its release, as a way toying around with the infinite opportunities streaming represents. After its chaotic roll-out and eventual release, ‘TLOP’ continued to receive updates as promised, including slight tracklist moderations, mixing and arrangement re-touches on songs like “Famous” and “Fade”, while there was also the integral addition of the Sampha-assisted “Saint Pablo”, four months after the album’s initial release.

A run through ‘Yxng Dxnzl’ doesn’t reveal the same level of drastic tinkering as Kanye’s album, but the tweak to “Last Night” sets a notable example for other African acts looking to make changes to already released music, whether silently or explicitly. Usually, the trope is that music reaches its final creative stage once it officially reaches the ears of the masses, but it clearly doesn’t have to be like that in this time and age. In fact, for those who will indulge, it will serve as a way to engage listeners, incentivise future revisits and challenge our perception of the bounds of the artist’s creativity.

Listen to the updated version of “Last Night I Had a Dream About a Hummingbird” below.

ICYMI: A LOOK AT OLAMIDE’S INFLUENCE ON NIGERIAN POP CULTURE OVER THE LAST DECADE

0000
Previous Article The Shuffle: Fela’s “Water No Get Enemy” should be everyone’s mantra for 2020

Next Article Nasty C, Sarkodie & M.I Abaga nominated for African Rapper of the Year at the 2020 256 Hip-Hop Awards