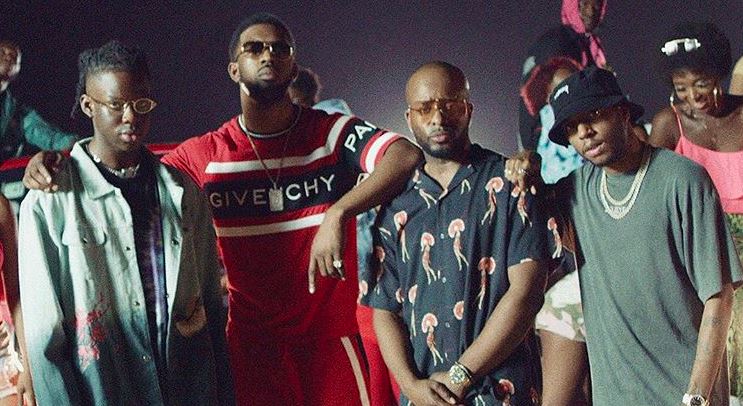 Manny Norté brings Rema, 6lack and Tion Wayne together for “4AM”

The sense of community sweeping through the globe in the mess that 2020 has been is far from surprising. Multinational corporations have successfully navigated our interconnected world, and now afropop is starting her own journey, globetrotting through international distribution deals and collaborations like Manny Norte, 6lack, Rema, Tion Wayne and LVRN’s “4AM”.

“4AM” is a marker of how connected the world is today, featuring Rema from Nigeria, 6lack from America and Tion Wayne from UK. The song is British DJ/presenter, Manny Norte’s debut single as a music curator, and the engaging song shows the range of his music taste. All three artists combine their unique sounds over the minimalist pop P2J produced beat, with catchy drum riffs and synth harmonies. The beat makes for the perfect beach party setting, and also manages to fulfil the sensual needs of Rema’s dancehall melodies, 6lack’s R&B vocals and Tion Wayne’s romantic rap bars.

Directed by JM films, the video for “4AM” with a similar summer theme as the song, shows Manny Norte, 6lack, Rema and Tion Wayne enjoying themselves out in Ghana. Just as the song is relaxing, the video also conveys a sense of a tranquility, before it The video closes out at a beach party surrounded by the locals who play football and dance to the song.

See the video for “4 AM” by Manny Norte, 6lack, Rema and Tion Wayne below.

Next Article For the Girls: Nigerian-American rapper Chika is not new to viral success