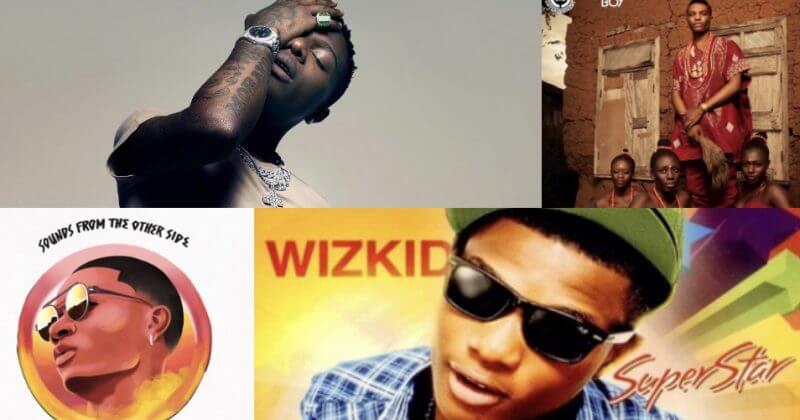 Alas, the moment we’ve all been waiting for is almost here. Today, the 29th of October is the day that (it seems) Wizkid finally finally FINALLY drops his long-awaited 4th studio album, ‘Made in Lagos’. It has been a long road with numerous date changes that left fans questioning if the album would ever see the light of day. It’s been 3 years since he shared his last studio album, ‘Sound From the Other Side’ and though he shared a 7-track EP, ‘Soundman Vol. 1’ last December, the Wizkid FC have relentlessly pressured the Starboy to share the highly anticipated album.

In September, he finally matched fans’ enthusiasm by sharing a new lead single from the project, “No Stress” along with an album cover art, preorder link, and a release date set for the 15th of October. Although the deliberate approach of the rollout was more convincing than previous such announcements, he was forced to push back the release date yet again because young Nigerians were still in the process of protesting against police brutality and demanding for their voices to be heard. Wizkid joined the protest while in London and put his release on hold so as to keep the focus fully on what’s at hand.

Nevertheless, the protests have quieted in the meantime and Wizkid is now gearing to share the 14-track album with fans. Although we saw a different album cover when “No Stress” dropped, he has revealed a new album cover, replacing the previously expected abstract artwork that featured symbols representing different locations in Lagos with a monochrome self-portrait. We wouldn’t be too surprised if he has also made a few adjustments to the sound as well given the politically charged climate we’re in.

All of Wizkid’s previous album covers have reflected the context of the times when he recorded them. While we count down the minutes to the release of ‘Made In Lagos’, we’ve decided to look back at cover arts for Wizkid’s projects and how they captured its essence. 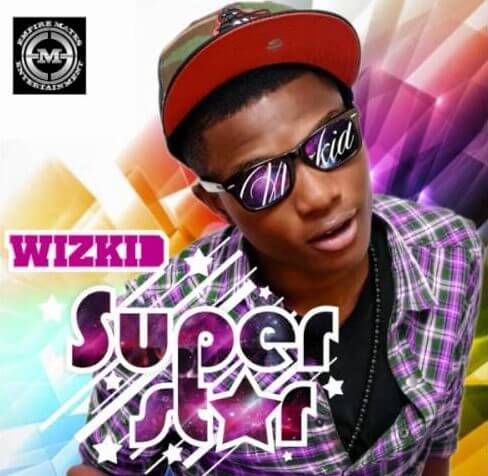 Wizkid’s debut album, ‘Superstar’ was covered by a striking image of the young singer in his urban fit—rocking Ray-Ban shades and a green baseball hat. Despite the basic design of the photoshopped background of 3D star shapes, the lasting significance of the image is seen in how aptly it captures the fashion trends of the early 2010s and Wizkid’s immediate impact on youth culture. There are still millions of images on Facebook of people who tried to mimic that look down to the camera angle.

I was in secondary school when Wizkid dropped his debut album, ‘Superstar’ and it was already obvious from the video for his debut single, “Holla At Your Boy” that Wizkid was going to be big. He managed to match his impressive command of melodies with charming looks, trendy clothes, and of course the support of an industry mogul, Banky W who had signed him to his EME (Empire Mates Entertainment) label. It was no surprise that he went for an ambitious title, ‘Superstar’ despite the fact that it was his debut album as he delivered great pop songs that borrowed from the indigenous sound of Fuji on tracks like “Pakuromo” and contemporary r&b and hip-hop for tracks like “Gidi Girl” and “EME Boyz”, featuring label mates, Skales and Banky W.

After listening to the album, it was impossible to deny the Starboy’s impressive talent as he deftly mixed indigenous melodies with modern drums and rhythms. However, as evident from the pretty boy look he’s giving in the cover art, ‘Superstar’ was written for the ladies as Wizkid sang his way into the hearts of young female fans by delivering romantic bops like “Tease Me” and “Wiz Party”. 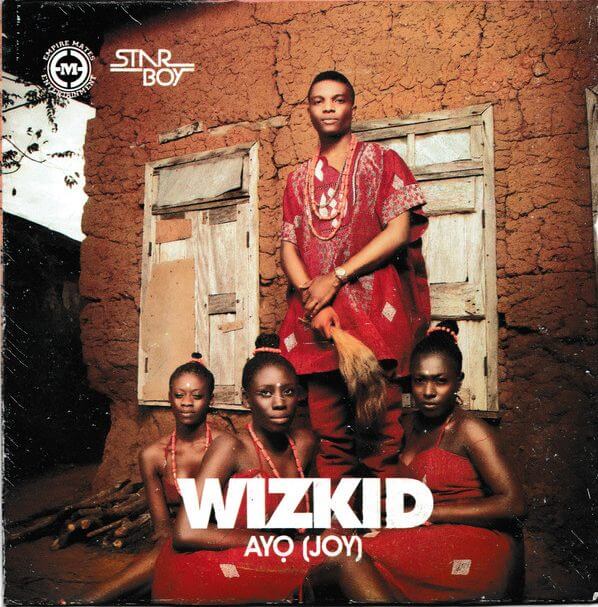 Wizkid’s sophomore and last project under the EME label management, ‘Ayo’ portrays the singer clad in a traditional Aso Ofi attire. He also wears the traditional accessories like beads and carries the Ìrùkèrè (horsetail) as he’s surrounded by traditionally dressed models who join him in front of a mud hut. The cover art showcases how he rebranded his image by doubling down on his local sensibilities and ditched the fun and trendy image of his debut tape.

The switch is also reflected in the sound of ‘Ayo’ as his songwriting is a lot more conservative and mature, dedicating tracks like “Mummy Mi” to his mother and the ubiquitous “Ojuelegba” (which introduced him to the rest of the world) to his neighbourhood. This saw him expanding his audience to be more inclusive, as he also featured an artist who evoked memories of the past, Femi Kuti on the lead single, “Jaiye Jaiye”. The concept of the striking imagery for the cover art enabled Wizkid to appeal to everyday Lagosian who could better relate with the autobiographical content of the album that narrates his grass to grace story. 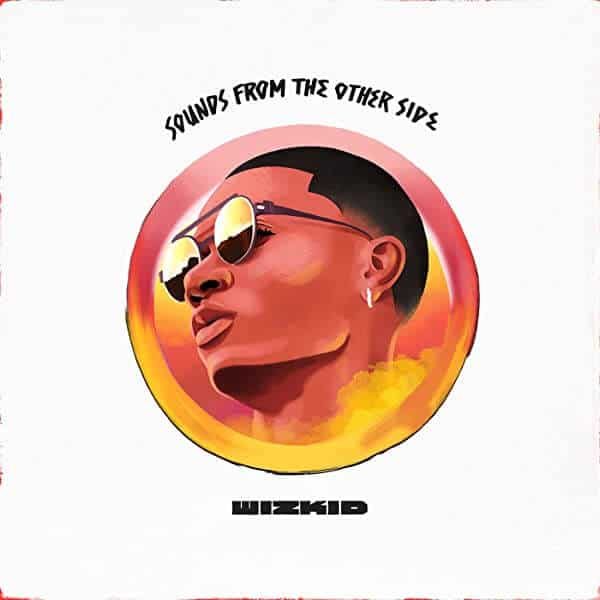 Wizkid’s third studio album, ‘Sounds From the Other Side’ was an ambitious project that marked his debut under international label management, RCA. Fans didn’t seem too thrilled by the change of direction to accommodate the international audience and as a result, two videos were made for the lead single, “Come Closer”. Similarly, fans didn’t approve of the minimalist art direction for ‘Sounds From The Other Side’ done by Kobmart.

The bright illustration of Wizkid with the sun and hills reflecting in his signature shades channels a similar motif to the graffiti often drawn for barbers’ shops in Africa. Its bright colours translated to the music through beach-party themed bops like “Sweet Love” and “African Bad Gyal”.  The art seemed to invite listeners to see the beauty of Africa through his eyes, and the music also accomplished that with traditional drums, highlife guitar riffs, and Wizkid’s vivid lyrics celebrating the beauty of African women. 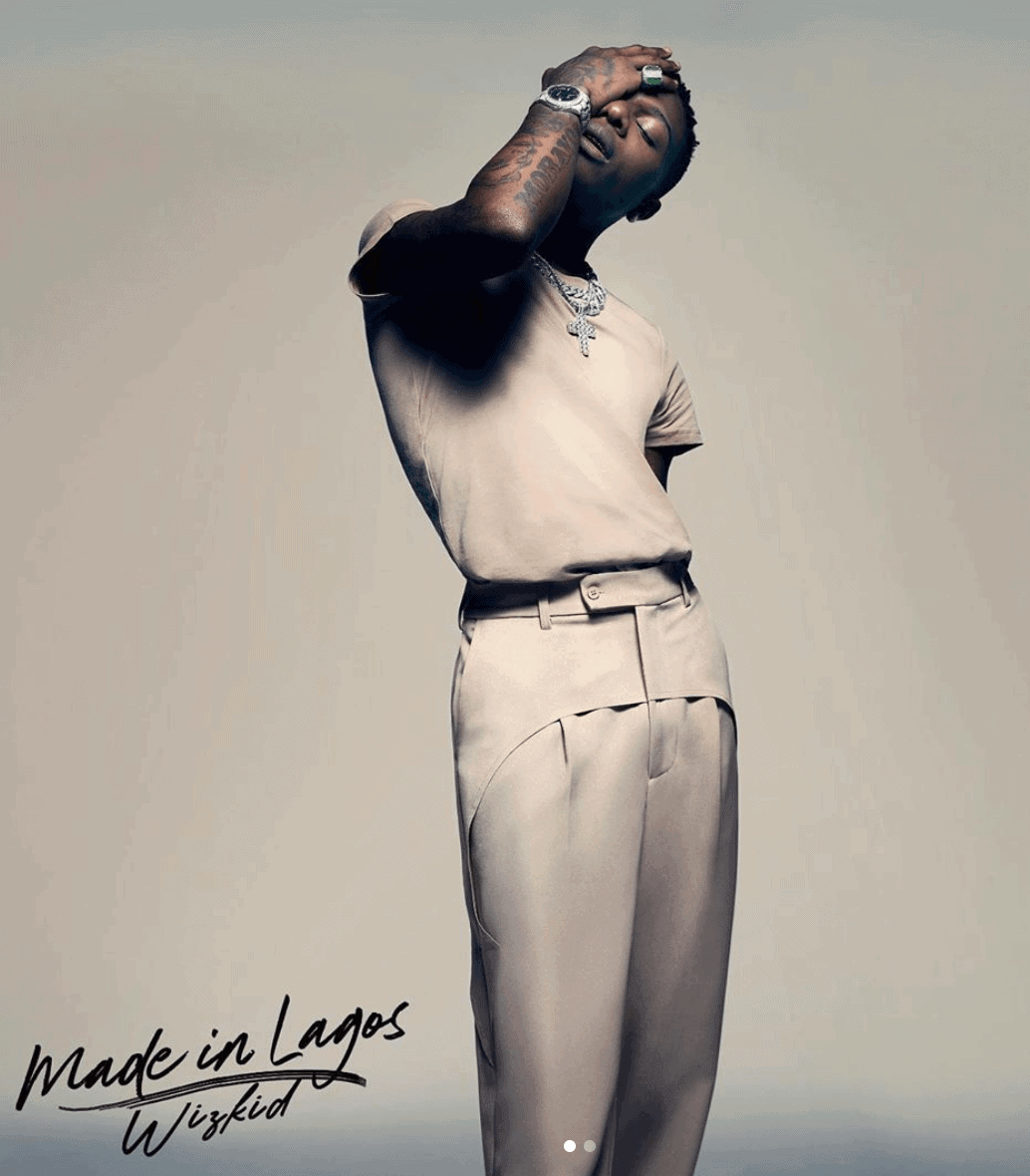 The initial cover art that Wizkid shared for ‘Made in Lagos’ had an abstract design that captured the iconic landmark locations of Lagos. It was even more abstract that ‘SFTOS’ as his face wasn’t featured at all in the art. The singer who has been the shining light of the city’s entertainment scene seemed prepared to historify the city, joining the ranks of legendary city-inspired music projects like NWA’s ‘Straight Outta Compton’. He already shared a video, offering the intricate details about each of the landmarks represented in the art, but perhaps upset by the state’s handling of the #EndSARS protests, he has moved in a new direction.

He announced that ‘Made In Lagos’ will be out by 11.11 pm tonight and shared a new cover art made by Ghanaian creative director, Fawaz Concept. He also designed the cover for the tape’s lead single, “Ghetto Love” and has designed cover arts for other artists like Stonebwoy and Killerbeatz. The new cover art for ‘Made In Lagos’ is a portrait of Wizkid with his right-hand covering the right side of his face and his left hand behind him. He’s wearing a pair of brown trousers that match the colour of his brown shirt and the brown background. With his posture, silver watch, chains, green, white and green studded ring and a cross pendant, this will be the edgiest cover art in Wizkid’s catalogue which has sparked many conversations about his clean and fashionable outfit. It seems we’ve come full circle to the boyish swagger of the ‘Superstar’ era, except now, the boy from Ojuelegba is grown and has the swagger fitting for a true superstar.