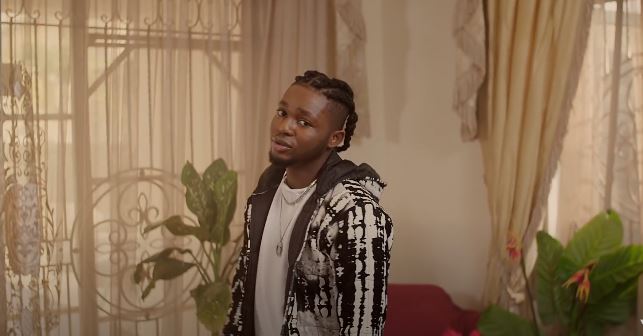 We’re not halfway through the year, but we can convincingly tell you that Omah Lay is one of the breakout stars of 2020. The singer’s Valentine’s Day single, “You”, quickly made its way up streaming charts and has been in radio rotation ever since. If not for Ms ‘Rona, “You” was shaping up to become the inescapable bop you’ll hear everywhere, from the mall to the clubs. Regardless, the buzz has directed attention to previous singles, “Bad Influence” and “Do Not Disturb”, and also set the stage for his newly released debut EP, ‘Get Layd’.

Thank you so much to everyone that worked on this project with me, it’s been an amazing journey and I couldn’t have wished for a better team. Most importantly, Thank you guys for being patient with me, thank you for holding me down 🙏🏾. #GetLayd drops at midnight 💜 pic.twitter.com/NXw7u7euJF

Since he announced earlier this year, ‘Get Layd’ has been highly anticipated, especially as a formal introduction to one of the hottest new artists. While the EP houses only 5-tracks, including 2 previously released tracks, “You” and “Bad Influence”, it expands on the singer’s flair for romantic expressions, instantly catchy melodies and groovy mid-tempo beats that will get you moving. In addition to solely handling vocal duties throughout the EP, Omah also produced two of the five tracks, while calling in assists from Bizzouch, El Jack and Andre Vibes for the remaining tracks.

Listen to ‘Get Layd’ here.

ICYMI: CHECK OUT OUR BEST NEW ARTISTS FOR THE MONTH OF MARCH