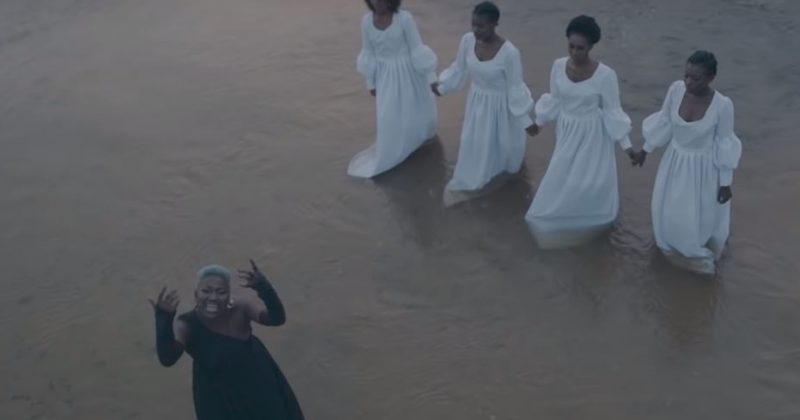 Popularly referred to as YBNL Little Princess, Temmi Ovwasa got signed into Olamide’s music company back in 2016, and has since released a handful of singles, showcasing her immerse gift for songwriting. For her latest single, “Holy Water”, she collaborates with ID Cabasa who produces a soulful beat that heightens her emotive performance to feverish heights.

Though she starts out with ironic prayers, “Turn My Rainbow into Black/ Turn My Precious Heart To Stone”, with her smooth falsetto hitting that sweet spot between innocent and fierce, it’s her switch up to Yoruba vocals that gives “Holy Water” it’s captivating quality. Singing “Orisha Bo Le Gbe Mi/ Se Mi Bo Se Ba Mi (God If You Can’t Stand Me/ Leave Me As You Met Me”, Temmi Ovwasa’s bravely challenges the dominance of deities even though she seems to be doing so tearfully. With her well documented origin story, discovering her talent for singing as a child singer at her local church choir, there’s an added edge to her riveting ballad against religion’s infringement on individuality. She just followed up the release of the single with an accompanying music video where she is goes through an exorcism but comes out of it looking more devilish than before.

You can watch Temmi Ovwasa’s “Holy Water” music video below.

This post has been updated with the music video*