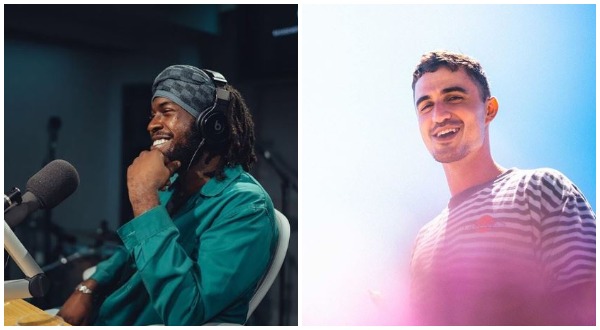 Tay Iwar Teams Up With Insightful For New Song, “Learn”

Back in February, Tay Iwar released his  debut album, ‘Gemini’, under Soulection, a Los Angeles-based artist collective.  Given how highly anticipated the body of work was, it came as no surprise that it was so received. Although he’s been teasing a new project in collaboration with Le Mav, he has now teamed up with prolific producer, Insightful, for their joint single, “Learn”.

According to Insightful, he and Tay have been working on “Learn” for 2 years, falling in the same period Tay was working on his debut LP, and we can definitely hear the influences.

Similar to Gemini’s themes of tension in romance, Tay sings a sentimental set, asking his current lover to teach him how to love her, in order to save their dwindling relationship. Insightful puts together languid drums and gentle guitar chords, accentuating Tay’s emotive vocals.

ICYMI: REMA TEAMS UP WITH BROOKLYN-BASED RAPPER, THUTMOSE FOR “LOVE IN THE MORNING”