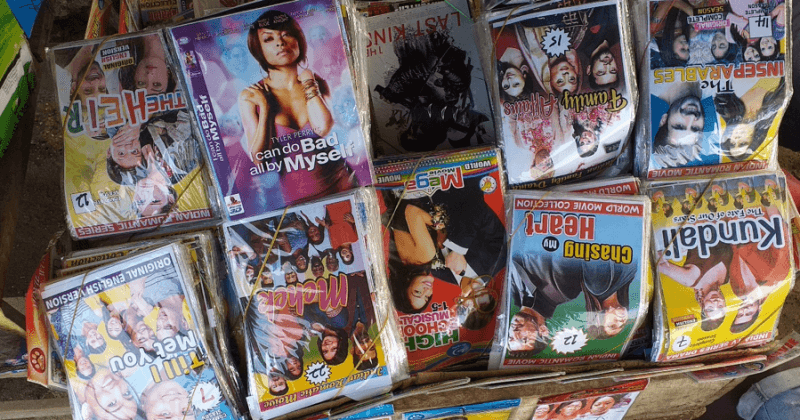 How the Liberian Movie Union are using piracy as their scapegoat

In August 2020, a task force from the Liberian Movie Union and Intellectual Property Office surrounded and stopped entry into numerous shops selling movies, seizing pirated movies and, in some instances, threatening violence if piracy was not stopped. Demanding that shops retailing movies must include Liberian films in their goods for sale, this incident was the latest in a series of local content drives by the Liberian Movie Union. In light of these events, Liberian-based writer, Dounard Bondo analyses why these actions might be redundant and where attention would be better served.

International films have always existed within the Liberian market. Ubiquitous and omnipresent, before the turn of the millennium, Hollywood movies were, of course, a feature, as well as successful movies from around the continent too. The Liberian movie market has always been diverse and welcoming to foreign films, but it was specifically at the end of the Liberian civil war in 2003 that a significant increase of Nigerian and Ghanaian movies in Liberia was recorded, as the post-war period collided with the golden age of Nigerian and Ghanaian movies of the early 2000s. At that time, movies from Nigeria and Ghana had massive reach and popularity in the sub-region of West Africa, and on the continent as a whole. In addition to the impact of these movie industries, after the Liberian civil war, Liberian refugees who fled to Nigeria and Ghana during the war returned back home, their return helping to further the spread and dominance of Nigerian and Ghanaian movies on the Liberian market.

With barely any time to digest the influx of Nigerian and Ghanaian cinema in the country, the mid-2000s saw the introduction of Mexican and Filipino movies on the Liberian market. Around the 2005 mark, telenovelas began dominating Liberian TV, joining the sect of the Nigerian movie industry commonly called the “Asaba market”, which places a particular emphasis on quantity. As the internet began to develop into the sprawling digital market we so often take for granted these days, both illegal and legal movies became even easier to access, leaving little room for domestic cinema to grow, let alone thrive. Currently, the Liberian movie market is dominated by Nigerian, Ghanaian Mexican, Pilipino and American movies. Liberian films have seen low consumer consumption and lesser reach on the Liberian market. 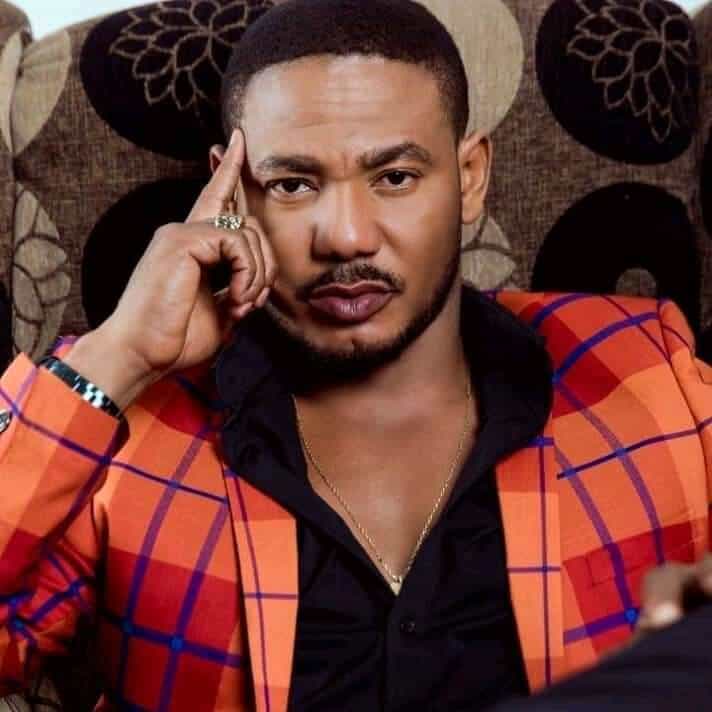 Movies sold on the Liberian market are mostly sold on discs, sometimes multiple movies can be sold on one disc. A movie disc is sold for 100 Liberian dollars (50 cents), and while, typically, Liberian movies are sold per disc, when it comes to foreign films, it is common to see multiple foreign movies burnt onto one disc on the Liberian market. Of course, an average Liberian consumer would much rather purchase a disc containing multiple foreign movies, rather than pay the same price for a disc containing one Liberian movie, further pushing domestic movies out of the market.

In 2019, the Liberian Movie Union (LIMU), Ministry of Information, Cultural Affairs and Tourism, and the Intellectual Property Office of Liberia put out a statement combating piracy. The statement banned the selling of discs with multiple movies, and held that pirated movies were illegal. The statement demanded that marketers phase out discs with movies by the second week of October 2019. This policy significantly affects foreign movies (especially, Nigerian, Ghanaian and Philipino), and it is being enforced in 2020.

Additionally, the statement reads “we encourage all marketers, distributors and those wanting to market films on the Liberian market both local and international must obtain Power of Attorney from the producer of the said film. Based on this, only legal films will be allowed on the market, beginning October 7, 2019”.

There are concerns about the applicability of the statement, however. Many questions begin to arise surrounding the efficiency of the Ministry and the Intellectual Property Office’s new drive to dismantle the complex system of pirated movies that currently sustains the Liberian film market.

Additionally, the inflow and sale of foreign movies on the Liberian market is largely unregulated, thus curtailing the spread of piracy is a herculean task. When I spoke to a Liberian movie producer who chose to be anonymous, he said “while approval is required to put a Liberian Movie on the market, it is unclear as to whether foreign movies are subject to the same standards”. Furthermore, Retailers and distributors are not required to get a permit to sell movies. It then raises the question. What happens when a retailer buys pirated movies from a distributor? Would he be made to carry the loss of his goods when it is seized by the LIMU Taskforce? 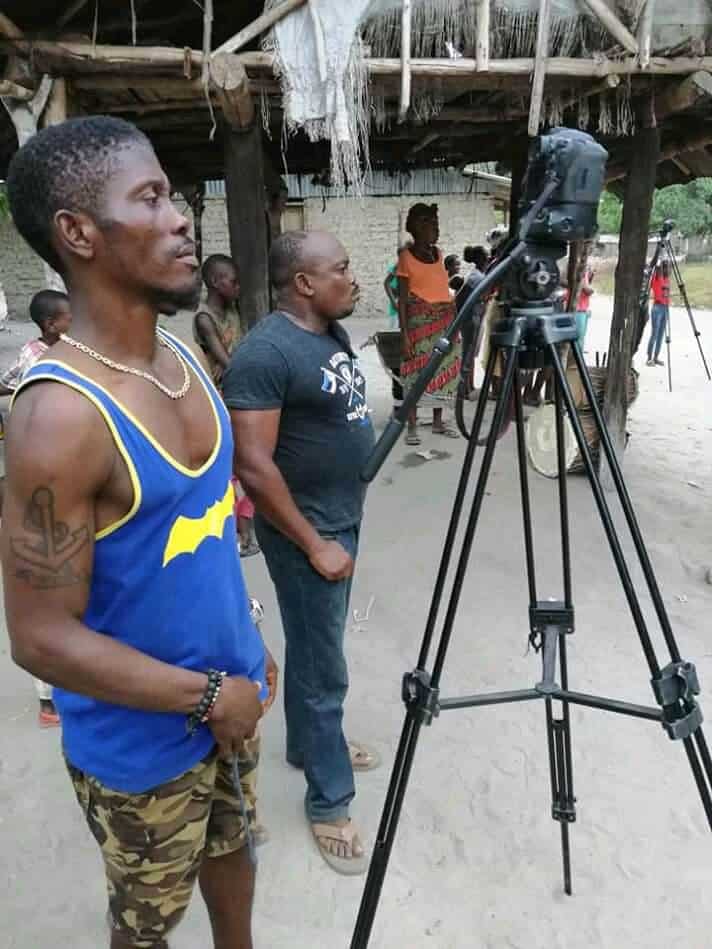 Of course, piracy negatively affects the Liberian movie market, but Liberian filmmakers have several more dragons to slay on the road to increasing local consumption of Liberian movies. Prior to the war, Liberia had a thriving cinema culture, with multiple cinemas running in the country. Today, Silverbird cinemas is the only operating cinemas in Montserrado County, the most populous Liberian county and home of its capital city, Monrovia, alluding to the lack of distribution channels available to Liberian movies. Even at the few cinemas there are around the country, it is rare to see Liberian movies playing – in the last one year, no Liberian movie has been on the watch list of Silverbird cinemas – or even being shown on platforms like DSTV.

There are also concerns about the quality of Liberian movies. Most Liberian movies on the market are considered to be of lesser quality than their Nigerian and Ghanaian counterparts. With the internet facilitating easy access to movies online (both legal and illegal), foreign movies are more easily consumable – though it must be noted that with low internet penetration in the country, most Liberians in Liberia cannot afford to consume movies online. Still, for the Liberian diaspora, online streaming is a popular way of watching movies, and with virtually non-existent online databases for Liberian movies, and their absence from streaming giant, Netflix, it is all but impossible for these communities to access Liberian films.

NB: Liberia Movie Union officials on ground at their headquarters refused to make a statement or answer questions.

Dounard Bondo is a Liberian writer. His pieces cut across, politics, law and entertainment; and he also writes short stories.

ICYMI: THE SIGNIFICANCE OF NO SIGNAL’S INDEPENDENCE DAY CLASH FOR BRITISH NIGERIANS