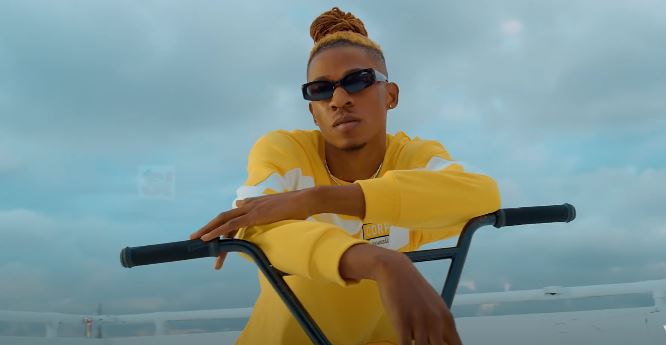 When he’s not crafting hit songs for a long list of Afropop superstars such as Tekno, Davido and Seyi Shay, Krizbeatz is busy curating albums that double as true pan-African experiences. In 2017, the producer released his debut LP, ‘ADM (Afro Dance Music’), with features from Davido, Sauti Sol, DJ Tira, Victoria Kimani and much more, and now it’s looking like his time again.

It’s been two years since I released my last album,it’s been a journey for me, more like an excursion, working with different people, going to different places, embracing new sounds,a handful of experiences I must say. The journey that led to the release of this album has been an eye opener for me, I have learnt so much over these years…learnt to deal with my shortcomings and embrace my victories, basically love life and appreciate all that comes with it. I’ve learnt to see from different perspectives of life, and this helped me appreciate my heritage, who I am and the role I play. And I’ve embodied all that experience and knowledge in this album!!! My album is strongly expressive It’s humble, it takes you home It appreciates Africa, our people, our style, our scars which in itself is our beauty. Our dynamism and our strength It reflects the greatness in us, our uniqueness,and the POWER that emerges from us when we stand together. Ladies and gentlemen #AfricanTimealbum is the ‘PRESENT FUTURE’ And I’m so excited about it and can’t wait to drop it It’s a new wave. So anticipate the 17th of July Africa!!!>>>> PS to those that Got my last trivia I’ll be post winners on my Story Later Today be sure to keep up #AfricanTime

Nearly three years later, Krizbeatz is back with his sophomore project, ‘African Time’, and in usual his fashion, he’s pulled in some of the biggest names in Afropop. The star-studded line-up includes features from Mr Eazi, Vanessa Mdee, Rayvanny, Fuse ODG, Faze, Timaya and much more.

The album was supported by a handful of previously released singles, including “Hit”, featuring Teni and Tekno, and “Abi”, featuring Diamond Platinumz and Ceeboi. ‘African Time’ comprises 14 tracks, and it clocks in at a relatively brisk 42-minute run time.

Listen to the album here.