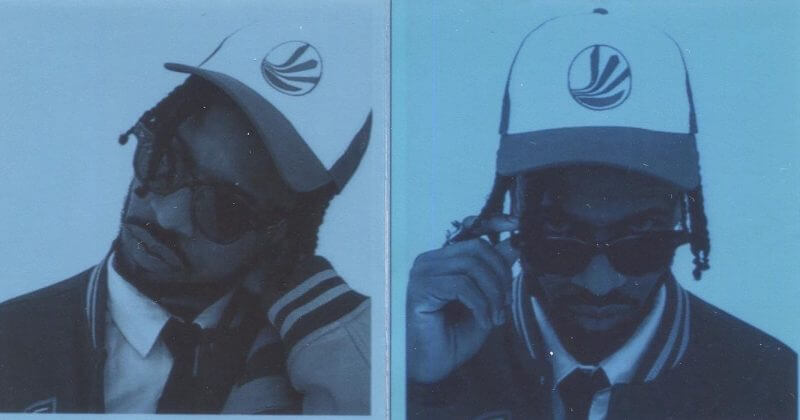 Today has been a phenomenal day for new music. Burna Boy’s third album in three years, ‘Twice As Tall‘ is a resounding hit, underground producer, Rvdical The Kid has dropped a five-tracker worth mainstream note, and on the streets of London, Kasien’s debut EP is keeping listeners in the gassed-up summer mood – despite the rain.

Titled, ‘I Found Paradise In Hell‘, Kasien’s project number one is a confident piece that does not shy away from bearing the artist’s soul, however. Using vulnerability as his power, Kasien raps (and sometimes sings) about his great escape from the trenches – life hasn’t always been rosy for the South London rapper, but now he’s on a high and ‘I Found Paradise In Hell‘ is the project to prove it.

Opening with minor musings on the familiar “All I See” (vivaciously produced by Myles Williams) Kasien lets us know from early that he is making a scene, as he raps on the lead single. “Playing like [he’s] in the big league“, throughout the EP, Kasien not only exudes an infectious confidence but backs that up with a contagiously positive attitude. His bars, “I’m just tryna celebrate but bring beef I won’t run away” on the effervescent “Wishlist” affirm Kasien is not the kind of nice guy you’ll get away with crossing.

Recorded across the States and in Kasien’s home town, London, ‘I Found Paradise In Hell‘ convokes a wide range of talented producers, including ‘K2”s Kelvin Krash, with whom he touches base for the trippy and playful bop, “Aimin”. Firing through a breathless second verse, on “Aimin” Kasien shows his ability to adopt multiple rapping styles, even ending the songs with the “hey” “uh” adlibs we’re hearing so much of from the new age rap kings. Singing on the preceding song which refusing to blaspheme, “Oh My Gosh”, Kasien goes through the EP with a good display of his versatility.

A real hero on this number is Cadenza, responsible for the lead single, “All I See”, the closing track, “Moneybag Szn” ft. BEAM (the only track for which Kasien enlists help), and the otherworldly production on “On Fire”, where his skills really shine. Cadenza also co-produces “Cloud 9” along with Two Inch Punch and Guilty Beatz, the latter’s contribution audible through the track’s multitudinous percussive elements. Singing on the song’s hook “I was in my feelings but I’m up now“, “Cloud 9” captures the real essence of the project. Kasien found paradise in hell and it’s well worth the listen.