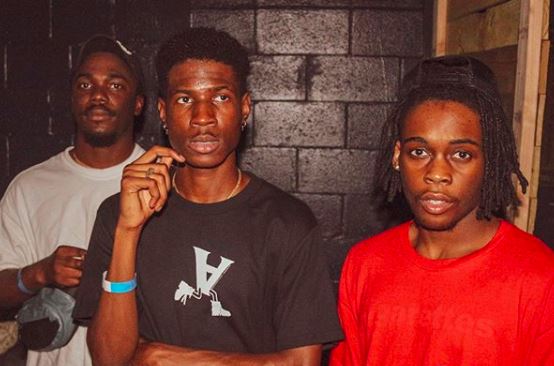 Having maximized the bravado of being in a group, members of the Traplanta crew are starting to push their personal agendas with the increasing number of solo releases from the group. Though dndSection just released his debut EP, ‘Love Lies Bleeding’, and KA$H put out a two-track tape, ‘Dontlookbak’, back in May, the group isn’t disbanding anytime soon after sharing two new singles, “Hollywood” and “London Town” featuring $odaman, while also hinting at a coming ‘Passport Stamps’ project.

“Hollywood” and “London Town” explore the showy nuances of hip-hop, speaking to the overarching theme of being the coolest people in the world over two contrasting but equally intriguing beats +gray+ produces. While “Hollywood” is sunny and joyful with synths and soulful bass rhythms skipping along to OBA and KA$H’s boastful lyrics about their youthful lifestyle, “London Town” is more sinister as Folabi Xan and KA$H feature $odaman, delivering an almost breathless hook and verse over the droning synth-led trap beat, bragging about their gangster antics and the girls they can pull because of it. Both songs show off the quick wit, dexterity and the clarity of thought from the member of Traplanat leading to interest lyrics that paint a glowing image of their gangster lifestyle.

ICYMI: Check out the essentials from Traplanta’s ‘La Vie’ project