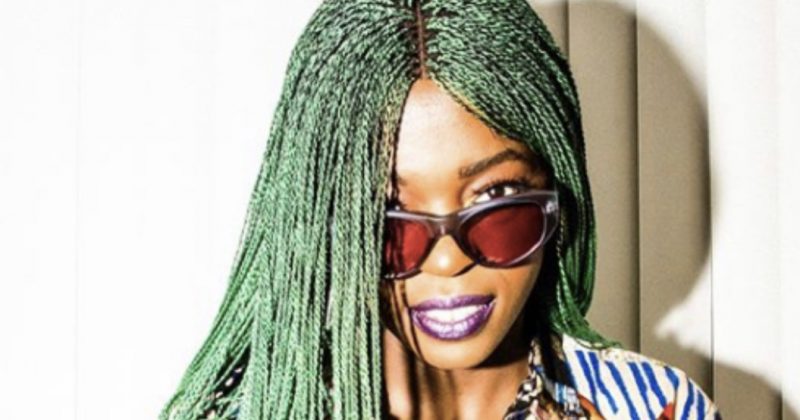 Over the last twenty-something months, Grammy-nominated singer/songwriter, Kah-Lo has built a stunning come-up. This singer is continuing her track run with the announcement of her debut solo single “Exit Sign”.

Having only released a handful of solo tracks, her discography mainly includes features with long-time collaborator, British DJ and producer, Riton. Together, the duo have recorded an array of electronic pop and house songs including “Ginger” “FAKE iD” and the Grammy-nominated, “Rinse n Repeat”.

“Exit Sign” is slated for release next week Friday, and we can’t wait to hear what the New York-based singer has cooking up. If her interview with MixMag is anything to go by, we can expect more monotone deadpan—but catchy—house music inspired sounds. During the interview, Kah-Lo revealed, ‘I’m African but I’m not making African music’, differentiating her unique style from the growing global appreciation for Afropop.

Extremely (emphasis on extremely) pleased to announce my debut solo single dropping next week Friday!!! 😱 I've been sitting on this for so long, I can't wait for you guys to hear it! There's a pre-save link in my bio! Support a future icon pls. 😂💚💚💚. Photo by @shanesubanstudio Styling by @mariamaduke Art by @sophierosebrampton Logo by Ian Conlon

Next Article Zoro, Vector & M.I Abaga aren’t with the fake shit on “One on One (Remix)”