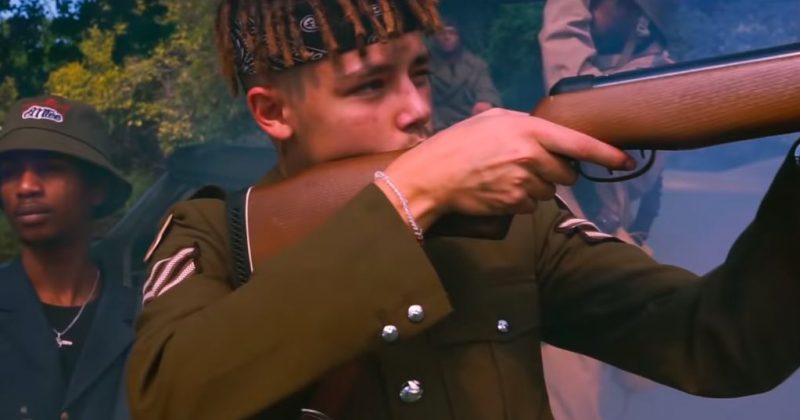 J Molley and Emtee have the type of cult following that lets them chart their individual paths as leaders of the trap scene in South Africa. The two have teamed up for a new single, “Going Down”, where they combine their assertive rap bars over the airy synth-led trap beat Lincoln produced for the song.

“Going Down” features J Molley’s signature melodic raps as he lays down cocky lines about his dominance in the rap game while Emtee supports his boastful intentions with showy lyrics of his own. Emtee shows off his street-savvy nature with lyrics that allude to violence and J Molley captures his aggression in the music video he self-directs. The video shows him and Emtee decked out in military uniform and carrying rifles while they perform their sets. There are also shots of them in a theatre wearing flashy clothes and jewellery to validate their showy lyrics.

Watch the music video for “Going Down” by J Molley and Emtee below.

Next Article Best New Music: 2Baba waxes philosophical about the duplicity of fame on “Important”