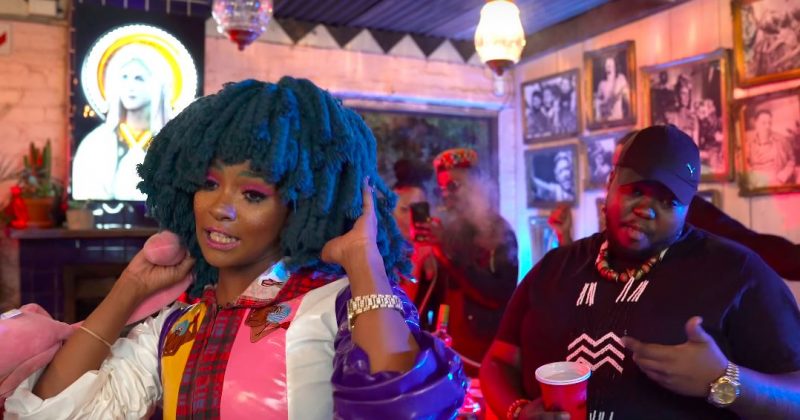 Dancing, red cup sipping, bottles popping, smoking, selfie taking and other conventional things you expect to happen at a party are displayed in the music video for “Yebo Mama”. But then you look at how much fun Moonchild Sanelly seems to be having with her weird and experimental outfit changes, and you realize how much more surreal the partying experience can be.

You can watch the music video for Heavy-K and Moonchild Sanelly’s “Yebo Mama” below.