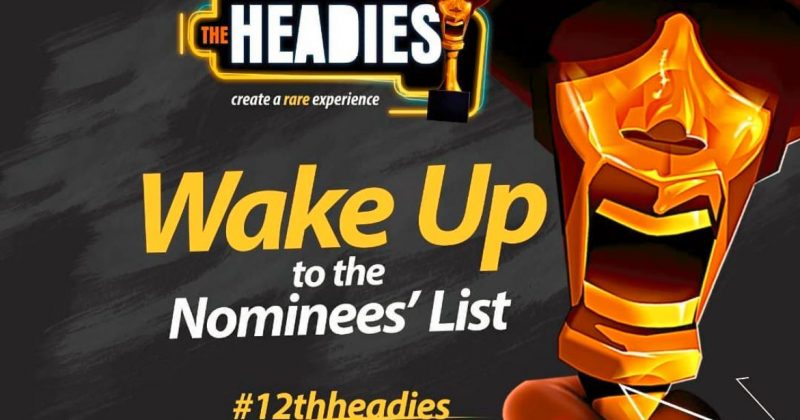 Headies 2018 Nominations: So Headies season is back, but it still isn’t better

It’s surreal now that it’s been almost two years, but the events on and following Headies 2016, kind of gave us the feeling that Nigerian music was witnessing a new dawn. Don Jazzy’s infamous spat with Olamide highlighted why award shows still have a cultural relevance for Nigerian music, despite, the abysmal turnout at the edition that followed Olamide telling the organisers to leave trash for LAWMA; the culture had spoken.

After nearly a year of silence, the organisers of the show are back with another edition slated for the summer, but from the nominations, it’s hard to say if they have any intentions to regain lost reputation. To give a bit of a recap, the Headies has gradually lost the ability to house Nigerian music under a singular culture and voice, due to accusations from fandoms and artists alike that the award show no longer adequately represents the events happening in the industry in real time. Looking at this year’s round of nominations, a few of the usual suspects manage to make an appearance (Wizkid, Davido, Adekunle Gold etc). However, it appears the Headies is still oblivious to why the award show has gradually lost reverence since it’s launch in 2006.

In this story, we take a look at some of the most coveted categories, break down the nominations and speculate potential winners.

One would think Maleek Berry and Mayorkun’s careers have moved past being nominated to ‘maybe do well’. But here they are, competing with the likes of Johnny Drille and Zoro for the Headies’ Next Rated award. It’s really hard to pick a winner for this one, as rooting for Maleek Berry might actually be insulting to someone who has been actively involved in the industry for nearly 8 years.

Okay, nobody really gets what this category is supposed to be about anyway but it belongs to the organizers. They are at liberty to pick whoever they want but we could help but notice it’s the only space they could squeeze Mr Eazi into for all his work over the past few years.

Lyricist on the Roll

For years, this award practically belonged to the O.G, Mode9. His ability to write lyrics with mind-bending metaphors and introspection of higher understanding made him tough to beat, though nearly impossible to enjoy. Eventually, even he got bored, leaving room for other acts to take home the award. His absence from the music scene meant painfully underrated relatable songwriters could finally get the credit they deserve but all of Ajebutter22’s effort at capturing the Lagos experience on his ‘What Happens in Lagos’ album debut was ignored for tracks like “You Rappers Should Fix Up Your Lives”, M.I’s high-minded critique of the Hip-hop industry he’s ironically also a part of.

Here, M.I’s critic of Hip-hop straying from its root for more popular sounds is actually valid. Olamide hasn’t done a lot of rapping for a minute and Phyno has followed that same path. Yet, both their albums Glory and Playmaker respectively are nominated for the Best Rap Album award. Sure, there were some hits from both albums, but they sure as hell weren’t rap songs. AKA and Anatii’s ‘Be Careful What You Wish For‘ joint album is getting no love, but Falz’s pop filled and probably worst project so far is a potential winner for the Hip-hop award. At least ‘27‘ came with an impressive Christmas concert that had everyone talking about Falz’s creative genius.

If the Headies wanted to put filler nominations to look viable and competitive, Humble Smith’s “Focus” is a terrible choice to go with. It’s a colourful slow-mo ad for Rolls Royce, if the luxury vehicle somehow wanted to launch a multicoloured tyre brand.

Burna Boy’s rapid-fire delivery alone deserves to an award for his hook/verse on “Link Up”, the most hip-hop song on Phyno’s ‘Playmaker’ album and the hardest hip-hop collaboration we’ve gotten in Nigeria for a while. But given the Headies reputation, we wouldn’t put it beyond them to give the award for Best Rap Song to “Something Lite”, Falz and YCee’s response to unpromising date with girls.

It has been a really good couple of years for street pop and even the Headies couldn’t fuck that up. Our money is on Mr Real’s “Legbegbe”, but it’s a fair enough race and anyone on this category will be deserving of the award.

Album of the Year

Wizkid’s ‘Sounds From The Other Side‘ features on this category as well as Best R&B/Pop Album but only one song off the project is nominated for any individual award like Song of the Year. It’s this sort of sloppiness that makes the Headies unreliable.

As shameless as this category looks, no one can blame them for paying tribute to their sponsors. It’s just business; If you want those checks to keep clearing you better put whoever’s signing it on the stage.

With the wealth of alternative music in the industry today, can we please stop trying to fit Adekunle Gold into this box. Nonso Amadi’s “Radio” is just one out of a whole genre of mainstream bridging indie songs and yet we still have to include Adekunle Gold who clearly sings Afropop to a more traditional leaning. It doesn’t make him any more alternative than Terry Apala. But the real shocker here is “Ponmile”. If they won’t acknowledge Fuji as a popular genre, they really should just leave it alone.

What to expect from Runtown’s coming project

0000
Previous Article What to expect from Runtown’s coming project