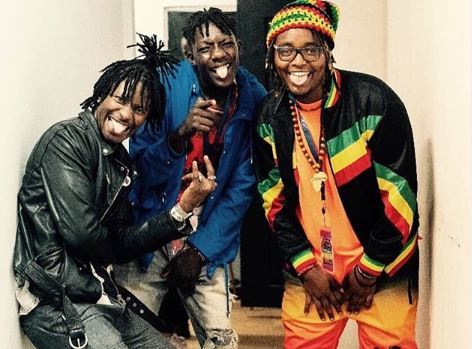 H_art the Band releases debut album, ‘Made In The Streets’

Six years after its formation, Kenyan Pop trio H_art the Band have finally released their debut LP, ‘Made In The Streets’. Comprising producer/singer KENCHEZ, and singers ASAP and G.T, the group put together an elongated run of singles, breaking out with 2014’s “Uliza Kiatu”, and continuing with a steady stream of new music. However, they effectively started the long roll-out for their first album, at the beginning of this year, with the February release of the Kaskazini-assisted “P.D.A”.

Last Friday, the band finally released ‘Made In The Streets’, with the inclusion of all four pre-released singles on the 15-song set. Rhythmic, boisterous and with a wide variety of musical influences to add colour, the album is a propulsive set-list intended for a wider audience beyond their local country. While its latter tracks veer into contemplative and religious subject matter, a major chunk of the album is concerned with blue-eyed romantic sentiments. Bensoul, Cindy Sanyu, Nyota Ndogo and Kenyan pop stars Victoria Kimani and Sauti Sol make up the list of local guest appearances, while Jamaican Reggae singer Randy Valentine, and Nigerian singer Seyi Shay join in from outside Kenyan borders.

Listen to ‘Made In The Streets’ via Apple Music below.

Next Article The Black Esper’s new single, “Nile Alhaji”, is a tale of debauchery