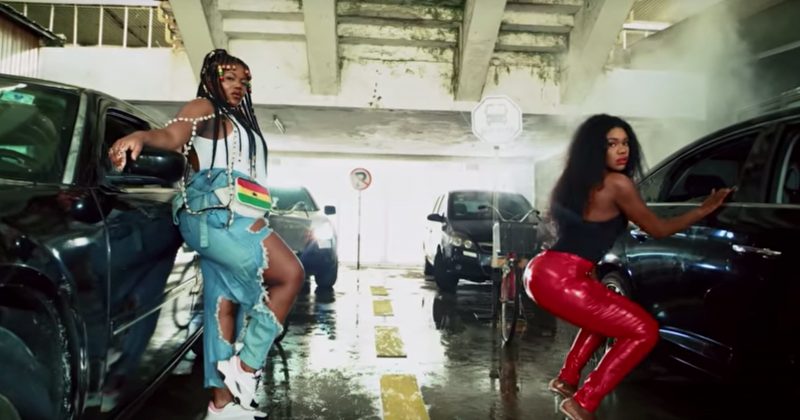 This week’s curation of the best videos across popular culture is testament to African culture’s relevance around the globe. We kick off with the music video for Fatoumata Diawara’s feature on ‘Song Machine’, the new project from Gorillaz before moving to the video for Ms Banks’ and Naira Marley’s collaboration, “Anyway”. New videos from Peruzzi, Doja Cat, Phyno and Runtown also feature before we wrap things up with Science Insider’s video debunking some of the myths about the Coronavirus sweeping through the world.

Gorillaz have built cult-like following for pushing the envelope of conventional music, with their sonic and animated visual aesthetic striking a chord in the hearts of young people for most of our lives. Their new project, ‘Song machine’ is projected to feature an ever-evolving roster of collaborators as they continue their hybrid of hip-hop, electronica, and indie-rock with their new single, “Désolé”, featuring the Malian folk sound of Fatoumata Diawara.

Peruzzi loves love, and you can tell because his discography is filled with songs inspired by romantic experiences. He just released the music video for “Only You”, where he serenades a love interest. Directed by Dammy Twitch, the video captures the song’s emotional narrative through scenes where Peruzzi video calls a love interest to perform his romantic lyrics for her.

Drake – “When To Stay When” & “Chicago Freestyle”

Drake’s latest surprise release, “When To Stay When & Chicago Freestyle”, came with a Theo Skudra-directed video. He raps over a sample Bobby Glenn’s “Sounds Like a Love Song”, which JAY-Z also sampled on “Song Cry”, bragging about his accomplishments while shouting out his mother, Sandy Graham and Philadelphia 76ers co-owner, Michael Rubin to make for a whole story. The highlight of the video was seeing Drake walk out to the balcony of his new house.

TG Omori strikes again with the engaging video for “Gods Willing”, the new collaboration from Phyno and Runtown. The song is one of the lightweight cuts from Phyno’s latest album, ‘Deal With It’ and it finds both singers crediting their success to God. TG Omori expands on the spiritual theme from the song through the church set he introduced in the video.

Doja Cat has always had the attention of her fans since her hit single, “Mooo!”, and she seems to still have the attention of the entire world when she released her new video for “Say So”. Hannah Lux Davis (who also directed videos for Ariana Grande and Nicki Minaj) directed the 80s themed video where a blond Doja dazzles in a shimmery dress while flirting with her male co-star. We see her walk into a disco ball with a tiger on a leash at one point, but it’s not even the most daring thing she did in the nearly 4-minute long video.

Naira Marley already started growing a fan base in the UK before he decided to build his rabid Marlian fandom here in Nigeria. He reconnected with his UK audience on “Anywhere”, a standout track from his 2019 EP, ‘Lord of Lamba (LOL)’. The song features a rap verse from Ms Banks who also makes an appearance in the video Visioniare Pictures directed in different neon light textures.

Becca – “No One” Feat. Busiswa and DWP Academy

Ghanaian singer, Becca just released a new single, “No One”, an empowering anthem for women. The song was released just in time for the women appreciating month of March and features a verse from South African singer, Busiswa. Dunnie produced the uptempo beat which guides the choreography seen in the video Director Abass and Becca directed.

We are living in an era where information is exchange quickly and made readily available thanks to the internet. Sadly, the fake news phenomena means the information isn’t always reliable as we’ve seen people create panic with misinformation they’ve shared on the Coronavirus epidemic. Science Insider released a short clip to debunk the sensationalised myths people have about the virus now known as COVID-19. The virus reportedly originated in Wuhan, China, and has spread to at least 26 other countries. The senior director of the NYC Health + Hospitals System-wide Special Pathogens Program, Syra Madad, and a professor of epidemiology at Columbia University, Stephen Morse, debunked 13 of the most common myths about the coronavirus by explaining how packages from China won’t make you sick and that getting COVID-19 is not a death sentence. They also debunked the idea that it affects only older people — anyone can get the coronavirus.