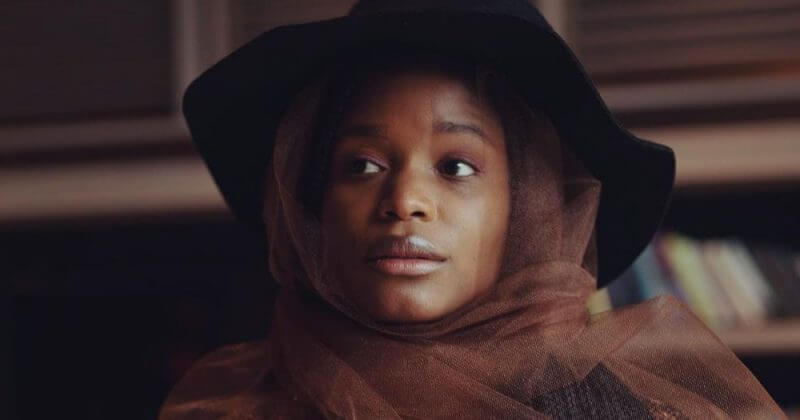 Gigi Atlantis is asking the question that counts: “Can I Live?”

Back in May, Odunsi (The Engine) went full on man-of-the-people, releasing the second EP of his four-year career, ‘EVERYTHING YOU HEARD IS TRUE‘ at the behest of his fans. Teasing “body count” a couple of days before its arrival amongst the highly-anticipated, “wicked, sexy!” and the secret Instagram finds, “luv in a mosh”  and “airplane mode”, the Gigi Atlantis-led record, which features Amaarae and a historical debut from DETO BLACK, was an instant hit.

On “body count”, Gigi Atlantis makes it known that numbers don’t matter when it comes to sexual promiscuity; “let your body bounce,” she chants, spreading a pertinent message, through the playful (rhyming) innuendo: DO WHAT YOU WANT. In her new single, “Can I Live”, Gigi Atlantis is fighting the general populous for that right. “I just want to let go (can I live?)“, she asserts on the conclusion of her first bar, before going on to make a compelling case for why “you’ll regret if you don’t talk to [her] nice.”

Another Gigi Atlantis record produced by Ikon,  the beat for “Can I Live” is arresting from the very start, and to mirror Ikon’s punchy opening, Gigi Atlantis too gets right down to business, beginning the song by chastising the people responsible for blowing up her phone. It has been a while since I’ve heard a spoken intro, but to match the noughties basketball court groove of Ikon’s hip-hop beat, Gigi Atlantis brings back this nostalgic trope, albeit without the emotional sensitivity of the Usher intros that spring to mind. Where Usher went for pensive “damn”s Gigi Atlantis opens her latest with a “rah”; the pain in his voice as he admits, “see, it’s burning me to hold on to this,” would be mocked by Gigi’s irritated pun, “just cos I have a phone doesn’t mean I’m on call.” The catchy hook on “Can I Live” is significantly more inviting than Gigi’s initial scolding, but the topic remains the same – Gigi Atlantis would like to do her own thing, uninterrupted.

As well as being stacked with witty metaphors (the most memorable analogy being how she’d rather be salty than fake love or sweetness, because even if the pettiness lands an L, at least she’ll be cavity free) “Can I Live” is also full of sonic excellence. Changing pace for a melodic first verse, Gigi Atlantis does well to emphasise her forceful vocals – embroidered by her unique, theatrical delivery – by repeating the slowly sung riff again, towards the song’s end.

As did Amaarae on her “body count” follow up, “LEAVE ME ALONE”, on “Can I Live”, the Nigerian singer is putting herself and her peace of mind above the bustling and demanding music industry. Throwing out the explanation “self-care the making of a don,” for those demanding to know why she’d rather spend her time alone, “Can I Live” emerges as a quintessentially Gigi Atlantis record. Telling us everything we need to know about her in our TIME Issue Trybe interview (available for purchase here), “Can I Live” reaffirms what the singer asserted to me back in February: Gigi Atlantis is a boss.

Listen to the no-nonsense “Can I Live” below:

Next Article NATIVE Exclusive: Meet Olakira, the “In My Maserati” singer ascending to Afropop ubiquity