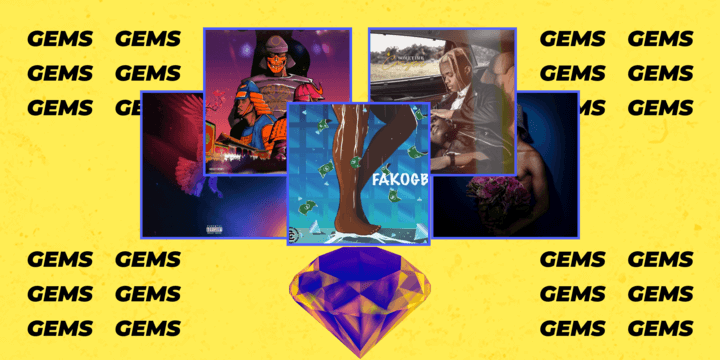 It’s been four months since the coronavirus-induced lockdowns and we’re a long way from normal; these days if we’re not fighting for the voices and experiences of black women to be heard, we’re contemplating existential doom because we might all potentially be cake under all the exterior. The pressure can get insurmountable and as such, many members of our community have been looking to music and entertainment as a means to ground them in something safe and familiar.

Koffee’s latest single “Pressure” is one of those songs which aims to offer you comfort and support during these difficult times as it’s guaranteed to have you dancing through your current issues. The optimistic reggae number goes: ‘When the pressure erupt, me never give up/Me a send a prayer fi the better living’ she sings enthusiastically over the drum-led beat, reminding listeners that no matter how bad things seem at the moment, faith in God is the key to finding peace amidst the chaos.

The events of 2020 have made this song an even more enjoyable listening experience, as the message is more relevant than ever. Although we may be feeling the pressure from weeks of demanding more for the marginalised in our society, we need renewed strength to continue as the battle is far from over.

After a two year hiatus, Trill Xoe, producer with the 44DB collective, is back with his first official single of the year, a fast-paced confident number, “How to Act”, greatly bolstered by features from rappers, Psycho YP and Alpha Ojini.

Over the catchy mixture of keys, lasers and synths, Psycho YP and Alpha Ojini exchange braggadocios raps about their position as top tier rappers in the game. It’s a known fact that any beat Psycho YP touches, he decimates, and “How to Act” is no exception as he shows off more of his impeccable flow and enviable penmanship. “I stand tall on the money/I told my mama chill I be the boss” he raps, clearly having fun on the beat as he establishes his laser precision and breakneck delivery. YP’s take is complemented by Alpha Ojini on the second verse, who oscillates between rapping about a love interest and focusing on the music and the money.

Approaching someone you’re attracted to is something of a delicate endeavour. You want to come across as confident, but at the same you have to be aware enough to ensure those advances aren’t making the person uncomfortable or, as Una Rams puts it, “Shy”. On “Shy”, the newly released single from the South African singer’s coming EP ‘Crush’, Yna Rams doesn’t dissect the tension of advances as much as he exemplifies how to navigate, culminating in quite the precious song about hitting on a woman.

“How you not famous? ‘Cos your smile is contagious”, he sings at the top of the first verse, an example of the several corny come-ons that ultimately sound charming with the help of memorable melodies that communicate the playful immediacy of his desires. Even though the song progresses towards a positive reception of his advances, “Shy” takes the autonomy of the love interest into account, seeking reciprocity in a way that acknowledges there’s room for rejection. Add C-Tea’s seductive and catchy backdrop, where a horn motif is slathered over a mid-tempo bounce, “Shy” also doubles as a delectable song that will have you reaching for the replay button.

A year after debuting his only 2019 drop, the Zarion Uti-assisted “Candy”, toni dada recently made a return with “Desperado”, the lead single to his newly released, self-titled debut EP. Dedicated to the rockstar life he’s been seemingly living, “Desperado” is a breezy, feel-good song that celebrates the exuberance of sipping champagne and being around many beautiful women who all want a piece of him.

Armed with a groovy afro-Caribbean beat, toni’s nasally vocals and fuji-indebted production brings a carefree allure to the song’s central conceit—“my lifestyle kinda wild”. He’s joined by Tomi Obanure, who delivers a scorching rap verse in the middle of the song, where he renders a gripping account of his sexual exploits and his night time activities painting Nigeria’s capital city red with his squad. Together, the pair depict an alluring and infinitely replayable picture of living fast and in the moment.

Flying onto the radar as an affiliate of the dangerous new collective, the Chop Life Crew, Tena Tenpo is a glaring talent, whose latest release proves so indubitably. Compiled into the ‘Pre Szn’ singles package, over the weekend Tena Tempo emerged with three new singles, the first featuring Mojo and Fasina, the second featuring Kayzee, leaving the final track standing out as the solo only number, “Be Mo”.

Atop a lively beat produced by Yazid XO, Tena’s “Be Mo” is a narration of his infatuation with a particular Ambassador of Enjoyment. Playing the role of Tena’s muse, Her Excellency’s language is rose bouquets, summer trips to new locations, and a big budget for her lifestyle – and she’s worth it, because, in Tena’s magnificent words her “pussy like corona everyday new cases”.

Just as Tena Tenpo can’t get enough time in bed with this girl, I cannot get enough of his wordplay. Besides the flagrant yet absurdly brilliant COVID-19 reference, Tena’s lyrical dexterity shines especially on his catchy hook, where he plays on Nigerian names and similar sounding Yoruba words; for example, he wittily toys with his own moniker to assert his star potential: “ni sin bai, (mo ni) Tena lo ni tenure” (“here right now, (I’m telling you) Tena’s got the tenure”).

Our first introduction to the Chop Life Crew, “Chop Life Crew” featuring Prettyboy DO, portrayed the collective as a gang of party ravers. MOJO’s boastful rap bars gave the impression of an intimidating set but after getting acquainted with the other members, Tim Lyre, Masun Masiano, L.K, Tena Tenpo and producers Bigbadcubix and Ronehi, we’ve come to understand that the threat is perhaps more in their talent than in violent tendency.

The latest single from the collective, “Fakogbe” highlights their tender intentions as Tim Lyre and MOJO confess their intimate feelings for their love interests and shower them with praises. Over the lightweight Afropop instrumentals produced by Ronehi, Tim Lyre and MOJO deliver a verse each, describing the attractive qualities of their muse before promising all the things they’d do to show their appreciation for their beauty.

With lyrics like “E no go end in tears/ omo this one na happy ending”, MOJO shows off the mushy side we rarely see. Though he has always had an impressive command of English and Yoruba, on “Fakogbe” he and Tim Lyre mostly perform in Yoruba while the English words only filter in occasionally. Not a lot of people represent the culture as convincingly as the Chop Life Crew does.

After getting unveiled as a Mavin artist in 2019, expectations were high for Crayon to deliver quality music worthy of the label’s reputation. He didn’t disappoint with his debut tape, ‘Cray Cray’, which earned him regular spots on playlists and DJ sets at clubs. Though he recently celebrated the project’s milestone of amassing over 10 million streams across all platforms, he has also kept up the standard on subsequent releases and his latest, “Sometime” explores the familiar theme of dance floor romance.

Backed by expert production from London, “Sometime” is primed for the dance club as Spanish guitar riffs are mixed with synth harmonies, horn samples and upbeat drums to create a catchy backdrop for Crayon’s romantic lyrics. Singing “Tonight is your night oh/ E go better if you crash for my place oh”, Crayon’s lyrics set the scene at a night club with an impressive dancer as his muse. The whole song plays out as a ploy to convince her to go home with him. And though we don’t get to hear his muse’s reaction to his advances, the feel-good groove makes it hard to imagine anyone saying no. Regardless, “Sometime” is a bop and we can’t wait till the lockdown is lifted so we can dance to the music in the club and maybe borrow a page from Crayon’s playbook.

0000
Previous Article Songs of the Day: new music from Davido, May D, Tochee and more

Next Article The law doesn’t protect, women do.