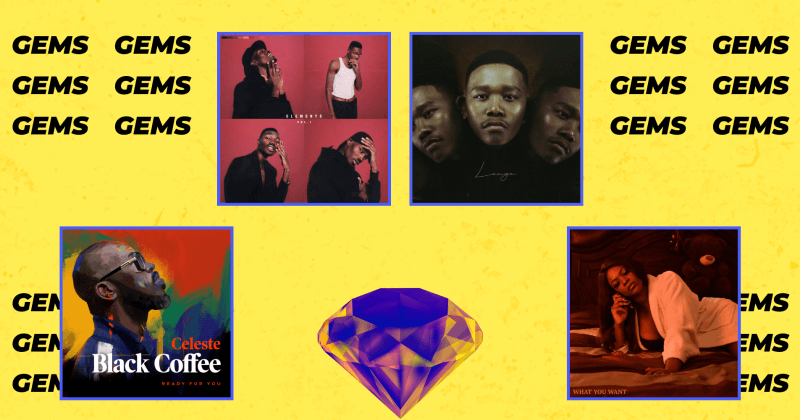 “Made Me Everything” – TOBi

Earlier in the week, TOBi announced the release of his sophomore album, ‘ELEMENTS, VOL. 1’ along with the video for its latest single, “Made Me Everything”, which arrived on Tuesday. Opening with a sample of “You Made Me Everything”, a 1971 funk/soul tune written by Charles Moose Amos and Tony Milen and produced by Ricky Clark, horns from which prevail throughout TOBi’s own rendition, “Made Me Everything”, is a gospel-like celebratory production, courtesy of Alex Goose. Speaking of the song’s soulful exuberance, TOBi asserts that his aim, throughout his music, is to reignite the heartfelt instrumentalism that typified the music we’d happily dub classics, saying, “That soulful energy with a contemporary touch is what my music is about. I’m bringing that feeling back for the kids to experience.”

“Made Me Everything” is one of TOBi’s more commercial plays, however its triumphant spirit excuses away any notion that he’s selling out, as the record is clearly intended to touch everyone, hence it’s pop ambitions. The collective joy TOBi wishes to impart over Goose’s uplifting beat is clearly related through the song’s gleeful music video, where dancers follow the Nigerian-Canadian star through different sets, their happy energy matching the mood of the song. When it comes to lyricism, TOBi is one of the most captivating emcees. As ever, on “Made Me Everything”, TOBi’s similes are full of wit, he raps early on, “got your bae watching  like I’m Hasslehoff?” and tackles casual racism with a cleverly constructed bar, “Ouu well spoken for a black man, that’s how you serve a complement with your backhand.”

TOBi never shies away from the unsavoury disucssions, and though “Made Me Everything” is intended for positivity, TOBi still finds room to discuss police brutality (“save your breadth keep your two cents and invest in a dash cam”) and gender (in)equality (“I’m looking down but I never look down on her/I put a crown on her”). Chanting that “the pain made me everything I am” over the songs multiplicitous chorus, this record appreciates that though his start was rough, he has always had the potential to be great: “came out the mud/a diamond in rough/just give me a wipe down”. Ultimately, TOBi is now “A long way from young dumb misunderstood”.

On Friday Langa Mavuso released his self-titled debut album. Laced with heartfelt ballads, R&B bops with hints of pop and folk spread out over the 45 minutes, ‘Langa’ is an incredible album, from which a clear favourite is impossible to choose. There’s the moving on anthem, “Cheat Code” with an infectious bass guitar reminiscent of Kendrick Lamar’s “Sherane”; “All of Me” in all its pop glory; towards the end of the album Langa delivers a contemporary gospel “Spirit” later matching this energy with organs playing on the sweetest “Love Lost” – the albums final track. Every song on on ‘Langa‘ deserves its praise, but the number that jumped out on my first listen and has remained a favourite is track number nine, “Pretend” – thanks, in no small part to the stunning pipes Aimee George brings to the table.

To open the track singing, “Hey old friend, are you breathing well”, Langa Mavuso comes in in a lower register than we’re used to though the album, reminding us of his range, as well as a former flame that he is still here for her. Taking the bottom line of the harmony when Aimee George enters on the pre-hook, Mavuso and George duet as they sing of a love that has sustained itself deep within them, so much so that they can’t let go, though they know they’re better off without each other. Sharing a familiar story to most harsh break ups, Langa and Aimee appreciate that they both chose themselves above each other which pulled them apart. They express the pain of having to fake it until you make it in a poetic, poignant way over the peaceful chorus, singing, “I know it’s said an done/ we made our beds alone/ was it really worth it in the end/ if now we play pretend” before Aimee George opens her verse in a similar fashion to how Langa began the track (her line: “hey old friend, are you ok?”).

George’s verse on “Pretend” is a standout on the album; she sings of how she longs for her lover’s voice, before appearing apologetic that she ended up hurt (“I never meant to hurt this way”) over a love she was expecting but didn’t get (“I only hear the words that you didn’t say” she says, appreciating that actions do speak louder than words). After a second take of the song’s chorus comes a rousing outro, where the couple repeat the lines “I can’t help but play pretend/let’s play pretend”. Here, Langa joins Aimee in the upper register, briefly flaunting his range before the somg wistful strings carry this graceful number to its end.

An effect of deeply longing for someone is that we get utterly straightforward with our intentions. Depending on who you ask, confessing love, or even like, is not the most advisable course to take for a few reasons — because not everyone you like will like you back, it seems everyone is playing games these days, etc. — but nonetheless, that burning desire almost always overpowers logic and pushes us into being open with our feelings. “What You Want”, the joint single from producer Toye Aru and singer Beulah Obioma, is an apt representation of this sort of situation, where one party is direct even though the signal from the other side borders on uncertain.

Written from a first person perspective, “What You Want” benefits from a frankness that comes from a tasteful sort of desperation. With her voice at the centre, Beulah sings of being a safe space for a confused love interest, promising emotional presence during the daytime and physical intimacy at night. As much as she’s attempting to lure her interest in, she frames her propositions in a way that takes account of her own desires—“I don’t care of what you think, I want it too”, she passionately sings.

Toye Aru, who usually has an affinity for big sounds, accompanies his collaborator with a minimal instrumental arrangement that combines R&B guitar riffs from Jazz Priest, softly gurgling bass guitar by the Cavemen’s Kingsley Okorie, and a shaker to keep a steady tempo. It’s another fine showcase of Toye’s ability as a producer who is a wizard at forming synergy with his collaborators, at any given time, based on their strengths.

You could say Black Coffee is the biggest house music producer/DJ out of Africa with a straight face, and not sound stupid. For the better part of this millennium, Black Coffee has grown into one of the more ubiquitous and inventive music makers on the continent, while also pushing the global agenda of Afropop through collaborations with artists such as Drake, David Guetta, Usher and more. He’s currently preparing his next studio album, tentatively titled ‘Stop Consciously’, and it’s shaping up to be a blockbuster release with the Sabrina Claudio-assisted lead single, “SBCNSCLY”, already out and rumours of a collaboration with Pharrell Williams.

Over a week ago, the South African maestro put out the second pre-album single, “Ready For You”, and it features Celeste, the highly rated British-Jamaican singer who won BBC’s Sound of 2020 award back in January. Known for barely crowded, Jazz-steeped songs, “Ready For You” pulls Celeste into previously uncharted terrain, as she’s surrounded by careening synths, sweeping strings and rowdy keys. To her credit, she doesn’t sound like a fish out of water, instead her soulful voice strides beautifully and purposefully as she becomes the song’s centre of gravity.

A blue-eyed love song, “Ready For You” makes great use of Celeste’s flair for affecting writing, while Black Coffee’s vibrant production captures the bright feeling of committing to a person who makes you feel special. “And when you’re right beside me, I never lose myself”, Celeste sings on the sole verse as the beat briefly dissipates into something softer. “Ready For You” doesn’t exactly push the ledger on Black Coffee’s proven capability, but it’s a remarkable reminder of what makes him one of the perennial greats around these parts.

ICYMI: GET FAMILIAR WITH DRILL MUSIC FROM THE AFRICAN CONTINENT

Next Article Get familiar with drill music from the African continent