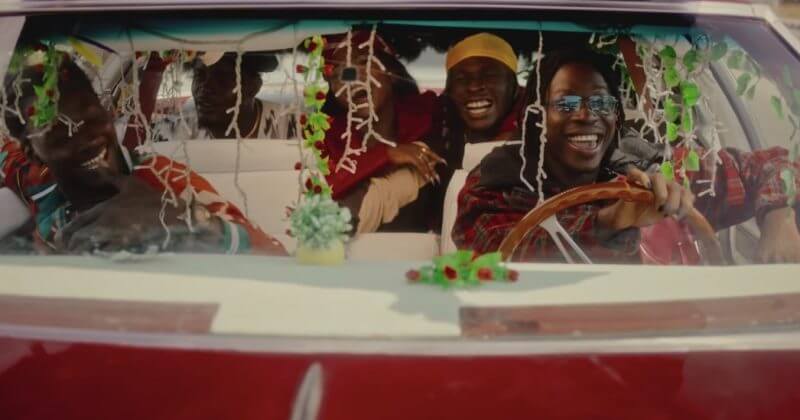 Fireboy DML has been one of the most consistent artists this year, as he constantly keeps his fans satiated with enough new music and video treatments. Since releasing his sophomore album ‘APOLLO’ last month, he’s been expanding the universe around the project by delivering several engaging music videos, starting off with “New York City Girl”, “Eli” and “Tattoo”.

Bringing our attention back to the stellar project, Fireboy DML has got a treat for his loyal fans this weekend. He’s just released a new video, “Friday Feeling” and in line with his usual buoyant spirits, it’s a vibrant and youthful visual affair. Directed by Director K, the video for “Friday Feeling” captures the beauty of millennial friendships. As he sings, “so we’ll get high, high on life” with rabid enthusiasm, we see Fireboy DML and a group of friends take a road trip around familiar Lagos roads.

They get up to mischief together, driving off without paying for their car fuel, throwing food at strangers on the road, and running without any care in a field of grass. It’s everything you would expect from a song that praises the weekend for the boatload of adventures it brings with it, and Fireboy DML and his friends sure know how to make the most of their time together. They end the night dancing and drinking in a brightly-lit field, showing off more of their youthful carefree charm, and by the end of it, you’ll feel every urge to call up your friends for similar shenanigans.

Watch the video for “Friday Feeling” below.

ICYMI: Dunnie teams up with Oxlade for new single “Overdose”

Next Article Listen to “Damages”, the lead single off Tems’ EP, ‘For Broken Ears’